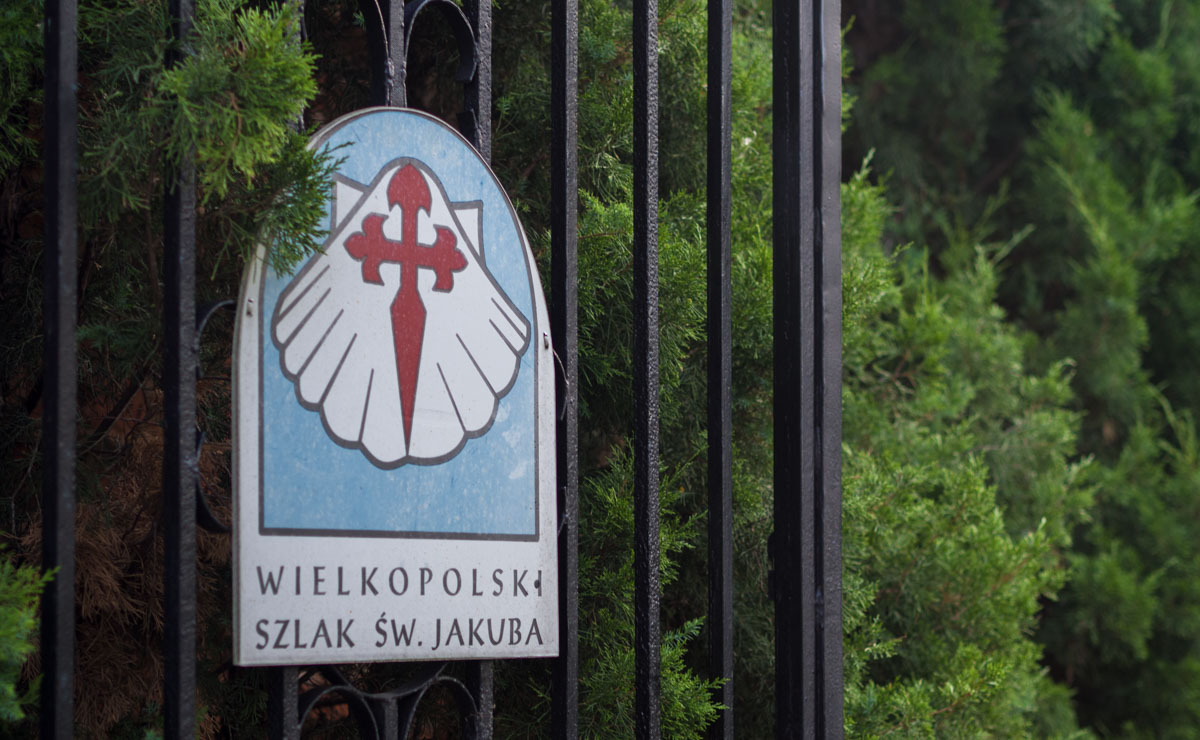 Archival sources and archaeological discoveries made in different parts of Poland prove that Poles also made pilgrimages to the tomb of St. James. Dozens of Polish pilgrims were registered in Spanish documents.

The Way of Saint James in Greater Poland is an attempt to recreate this historical route by which the Western culture, Latin culture and Christianity, and so also civilization, reached Poland.

It is a part of the European pilgrimage trail that leads to the tomb of Saint James in Santiago de Compostela, Spain. The symbol of the trail, which can be found on poles and trees is a white shell with a red cross on a light blue background. The Greater Poland’s section leads from Gniezno, through Poznań to Głogów, where it connects with the Lower Silesia route, by which you can go deeper into Europe. The Greater Poland Route was created in 2006 and goes through 282 km and 11 stages.

How was it created? You can read about it on www.poland.pl

In 2003, the European network of the Camino de Santiago reached the border between Germany and Poland in Zgorzelec, providing an important stimulus for the commencement of works on marking out the Way of St. James in Poland.

In the following year, a group of enthusiasts of the St. James’s Trail and pilgrims from Poland who went on pilgrimages to Santiago de Compostela proposed an idea to demarcate the first section of the Way of St. James in Poland on the Internet forum of the “Camino de Santiago Polish Club”.

Regardless of the Camino Polaco project, Camino pilgrims and worshippers of St. James in Lower Silesia and the Głogów Region came up with the idea to demarcate the so-called Lower Silesian Way of St. James, which runs from Głogów through Jakubów to Zgorzelec (164 km). This route was marked in the period of 2004-2005 and it was officially opened on 24 July 2005 as the first Polish section of the Camino de Santiago. This initiated the spectacular development of St. James’s Trails in Poland, resulting in 34 marked Polish sections of the Way of St. James, which together form the Camino de Santiago network of more than 6,100 km.

The trail is at the same time a reconstruction of the historic north-south trade route: from Greater Poland through Łużyce to the Czech Republic. Even in the Middle Ages, trade routes called the “Amber Road” were created from the south of Europe to the Baltic Sea. On this route, the Polish state was established in the 10th century. One of the most important parts is the road leading from Greater Poland, through Silesia to Bohemia, called the north-south trade route.

This article was translated from Polish by Maria Stefaniak, KONTAKT CJO