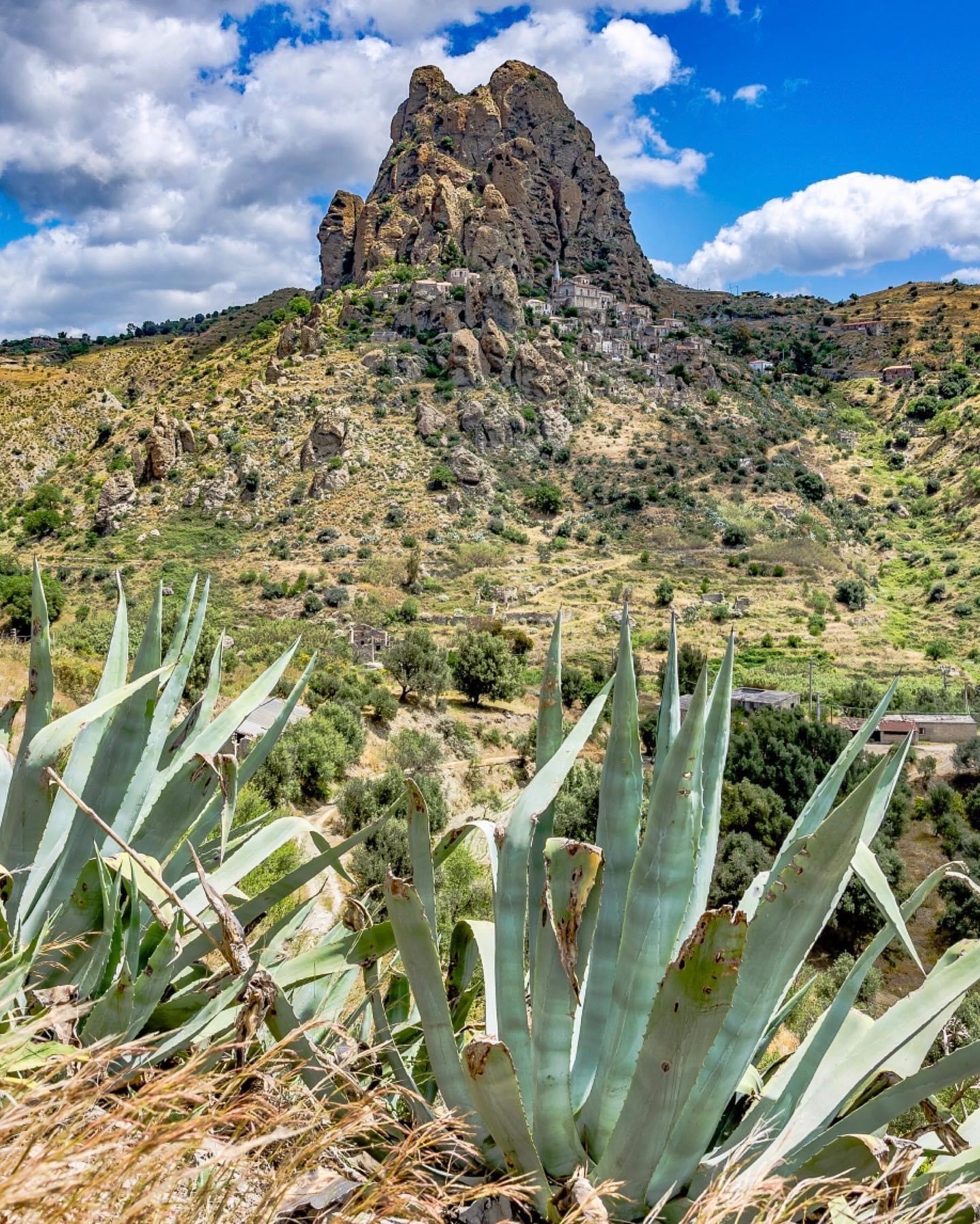 “The appearance of Pentedattilo is perfectly magical … Wild spires of stone shoot up into the air, barren and clearly defined, in the form (as its name implies) of a gigantic hand against the sky. In the crevices and holes of this fearfully savage pyramid the houses of Pentedattilo are wedged, while darkness and terror brood over all the abyss around this, the strangest of human abodes.”
E. Lear

Have you ever heard about the five-fingered town? It’s a one-of-a-kind destination in southern Italy. It was the morphology of the site to suggest its name: Pentedattilo (from greek pènta-dàktylos = five fingers) rises perched on Monte Calvario and the singular shape of this cliff once resembled a gigantic hand with five fingers. As for the history of this hamlet, it was founded as a colony of the Greek city of Chalcis, in 640 BC.

We are in the province of Reggio Calabria, in the most extreme part of the area, where the tip of the boot is bathed by the Ionian Sea, in the municipality of Melito di Porto Salvo. The town appears as a shapeless agglomeration of picturesque stone houses definitively abandoned in 1971 when Pentedattilo was declared uninhabitable because of natural threats.

For a long time known as THE ghost town, the most suggestive one of the Calabrian coast, recently it was possible to breathe life and spirit into this interesting site. Its self-built stone houses adorned with prickly pear plants have turned into widespread hospitality accommodations, following an innovative model for cultural tourism and local sustainable development. Right now the village counts only one permanent resident (Find her story here!) but it has seen the light of many workshops wishing to to reconstruct the life cycle of handicraft of wood, ceramics, glass etc.

Apart from its natural beauty, interesting events (Pentedattilo film festival) and being a sustainable place of hospitality, there are also legends that increase the charm of this locality: after all, what would a ghost town be without its own haunting tale? Outside the village are the ruins of an ancient castle that was home to the Alberti family. It was here on the night of April 16th in 1686 that nearly the entire Alberti family was massacred due to on-going disputes between the Alberti and Abenavoli families. On nights whipped by strong wind, you can still hear screams of pain…

Next article Muxía and the secret of its stones