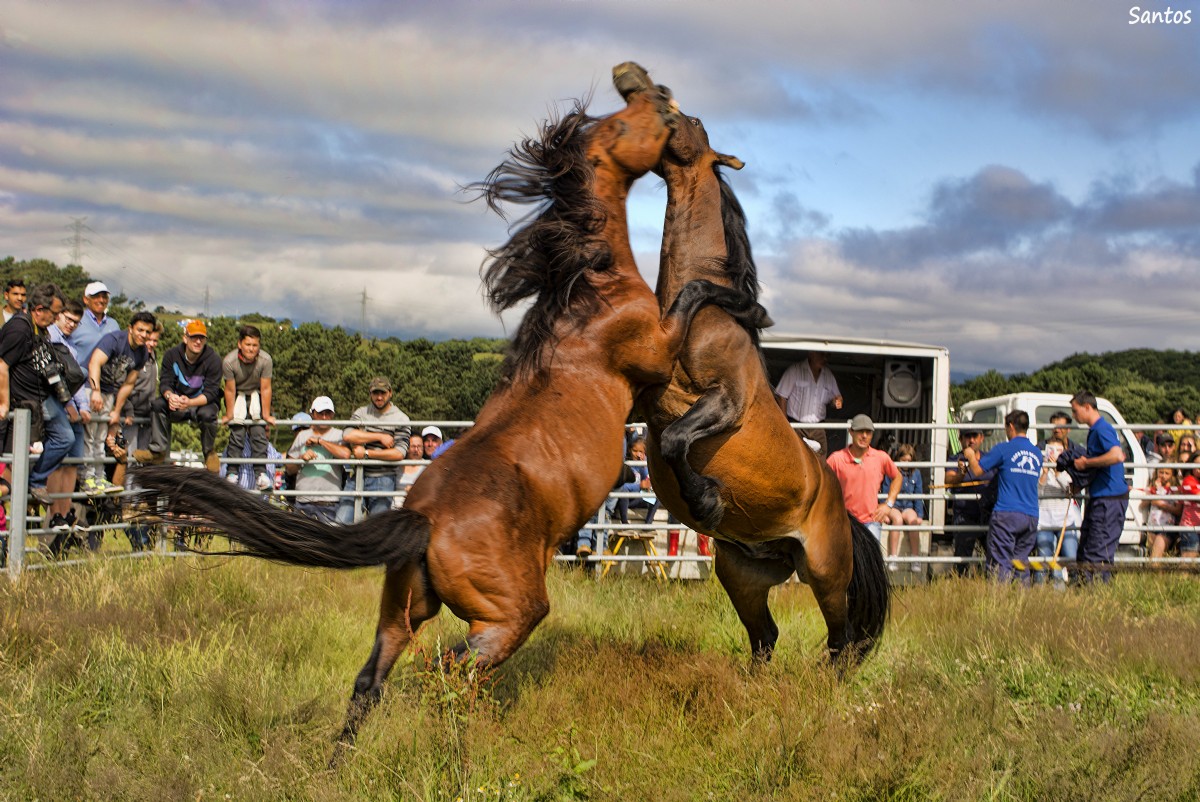 A Rapa das Bestas de Sabucedo, is a party that consists of cutting the manes of the horses in a closed enclosure with a round shape, called “curro”. The horses whose manes are cut are of pure Galician breed and also mestizo Galician horses. It is celebrated every year in the month of July, generally the first weekend always the first Friday of July.

In 2021, and exceptionally due to the pandemic, it will be celebrated from August 27 to 29.

The town where it is celebrated, San Lorenzo de Sabucedo, consists of about 200 inhabitants, belonging to the municipality of la Estrada (Pontevedra).

“A Rapa das Bestas de Sabucedo”, is a festival with ancestral roots; however, historians still have not been able to specify the origin of it. However, the legend of this festival has been known thanks to oral transmission, although the first writings that mention it in its current form are from 1682.

The legend tells us that a plague was ravaging the parish of Sabucedo and that two sisters gave the patron two of their horses so that the plague would cease. The two sisters made their offering and gave the two horses to the priest; This one freed them in the mountain and with the passage of time, they multiplied.

Since 1997, it has been held in a new “curro” where pure Galician Breed horses were marked for the first time with the iron.

What does it consist of?

The Rapa consists of collecting the wild horses that graze in the mountains during the year, to trim their manes, deworm them and also mark them. In the past, marking was done with fire; microchips are used today.

The celebration takes place around three days: Saturday, Sunday and Monday (always the first weekend of July). A little earlier, on Thursday, a tribute is made to the “aloitadores”, who are in charge of shaving both the Bestas (females) and the Garañones (males).