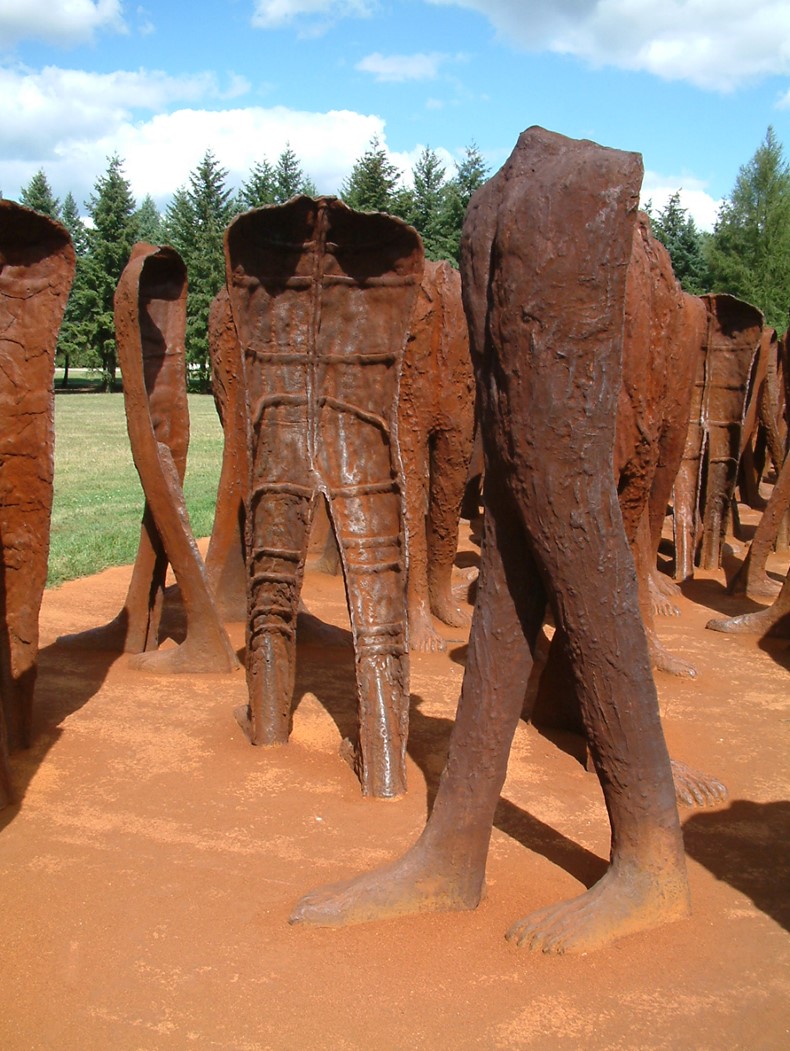 Poznań is full of eye-catching attractions. This city is full of noteworthy sculptures, monuments and installations. One of the most interesting are those created by Magdalena Abakanowicz. However, before we take a closer look at her installations, it is worth getting to know who their creator was.

Magdalena Abakanowicz was a Polish sculptor who became famous for her characteristic, monumental, spatial compositions of stone, wood and cast iron, which were named after her name – Abakans. Abakanowicz was a professor of fine arts. She taught at art schools such as the University of the Arts in Poznan and was a frequent guest at the University of California. She gained her education at the oldest Polish art school, i.e. the Academy of Fine Arts. We can admire her art in many countries but many of her works are in Poznań. However, it is worth paying special attention to the two most popular of them.

One of the most noteworthy installation and the most monumental that we can find in this city is “The Unrecognized”. It consists of 112 large figures which we can find in the park in the Citadel. This particular installation is made of cast iron and depicts anthropomorphic figures without heads and hands that walk in different directions. Due to the lack of individual features, the message of this work seems to be quite universal, as it asks us a question about human dignity and goals. According to the author, the inspiration for this work was the times of the PRL, which Abakanowicz perceived as full of depression, sadness and problems.

A similar installation is “5 figures”. This work consists of several characters, similar to previously mentioned “The Unrecognized”. These cast-iron figures originally stood in the courtyard of the Imperial Castle, and now they stand next to the “Bałtyk” shopping mall. By creating this work Abakanowicz wanted to show the haste of people and their indifference to the lives of others.

In Poznań, there are other works created by Abakanowicz, which we can see, for example, in the National Museum. Taking into account their unusual and characteristic features made by one of the most famous Polish sculptors, maybe it is worth it.

Next article The Jacobean legend of the Vákner