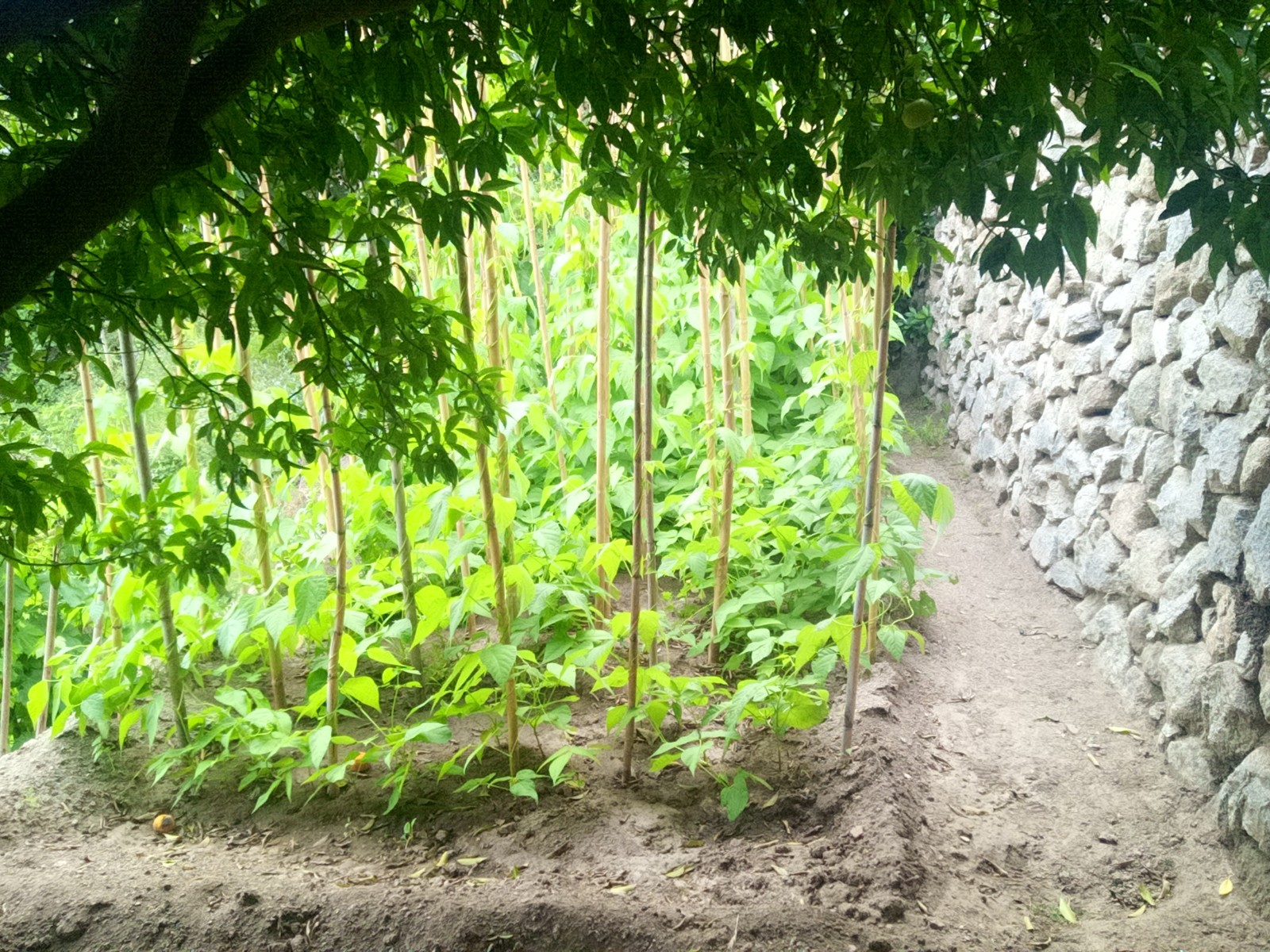 Today I will present you how an ancient watering technic, which is still used in a marvelous garden in Badolato, works. This system can only be adopted if it can be fed by flowing water coming from a natural source or a river. This technic comes from the Arabic world and very probably it has been spread out  between the year 700 after Christ and the year 1100 after Christ, when the Arabians conquered the next Sicily. Arabia’s ancient inhabitants developed sophisticated means of capturing and diverting water that not only involved detailed knowledge of water flows, but also required coordination of considerable labor for construction, operation, and maintenance.

This sloping garden in the heart of the town of Badolato which still uses this technic, has got different floors on many levels. At its top you can find a natural cistern with source water, from which a pipe system to channel water to the lower levels had been built. The pipes starts from the uppest floor and reach each one of the lower garden levels.

At each level of the garden, grooves channel water from the main
water pipe, by directing it to each plant and tree of that level. The water
pressure is assured thanks to the sloping ground (around 15 meters from the uppest
to the lowest point of the garden). Of course, depending on the season the
amount of water stored in the cistern will change, by influencing the water
pressure.

When the first floor has been fully watered, the water flow coming
from the main water pipe is simply stopped by putting with a hoe earth on the groove,
so that water can keep flowing to the next lower garden floor.
And so on until all the floors of the garden have been watered.

The grounds which can be watered in dialect are called abbivaratizzu,
in opposite to siccagnu, which are grounds on which you only plant
vegetables which doesn’t need water at all.

Pictures and special thanks: Pepe’ Argiro’

Next article Corpus Christi and the tradition of floral carpets