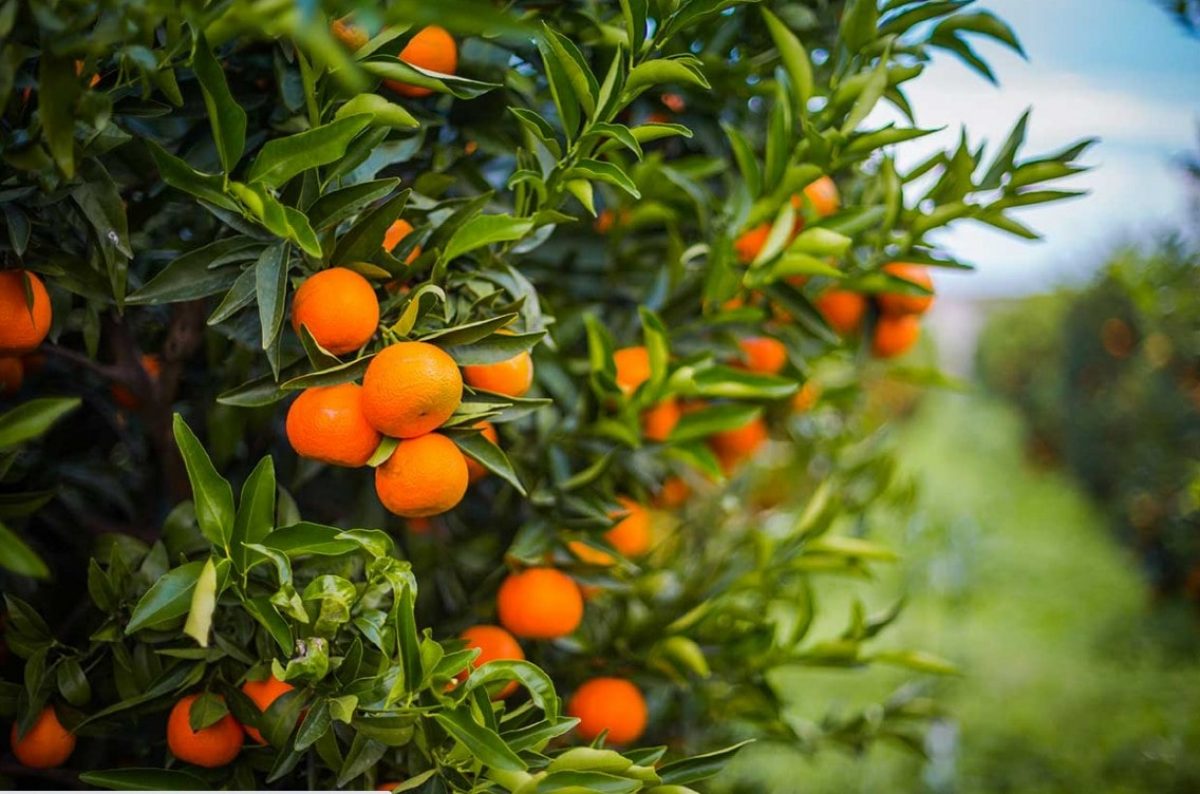 In some areas of Calabria, there is a precious round, orange-coloured fruit: the Clementine di Calabria IGP, one of the best-known and most renowned gastronomic delicacies of the region.

Clementines belong to the citrus family and can be considered a real jewel of Calabria.
These sweet-tasting fruits, whose scientific name is Citrus x Clementina, are a sort of cross between the mandarin and the Granite bitter orange.

The plant probably emerged by pure chance in 1898 thanks to the Algerian priest Clément Rodier, and then spread throughout the Mediterranean at the beginning of the 20th century as well as in Calabria where cultivation increased between 1930 and 1950.

This citrus fruit has found its ideal habitat in certain specific areas of Calabria: the Sibari plain (considered the largest producer of clementines in Italy) and the plains of Gioia Tauro and Lamezia Terme.
In these areas, the soil and climate conditions have allowed the production of very high quality products that are still one of the main economic supports for local people.

These fruits ripen in November and are harvested until February (i.e. in the middle of winter). They are more resistant to the cold than classic mandarins, differing from the latter in that they are rounder and more orange in colour.

It is a low-calorie food and despite its low sugar content, the clementine has a sweet taste, which is perfectly balanced by a pleasant tartness.

It is also a valuable source of health benefits. Like all citrus fruits, it has a high vitamin C content (one or two fruits are enough to cover an adult’s daily requirement).

At the same time, it is essential for the efficiency of our immune system and also contains carotene, vitamins A and B, iron, magnesium and potassium, while the peel is rich in limonene, a powerful antioxidant. It also facilitates diuresis.

The clementine can be enjoyed at any time of day and is particularly popular because there are no seeds in the segments.

As well as being used in many culinary preparations, it is also used in the health sector as a disinfectant and in the cosmetics industry to make toning lotions and beauty masks.

Previous article11 of November. In Calabria in San Martino every grape must become wine!

Next article The Citron from Calabria, a symbol between sacred and profane