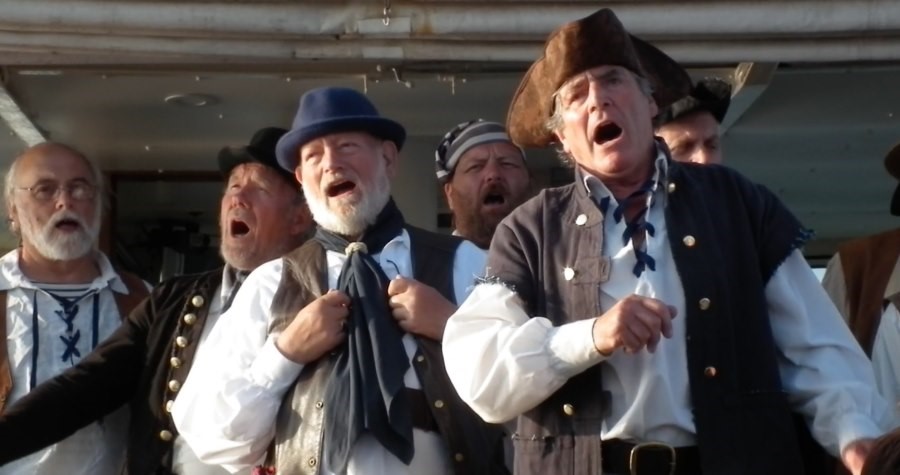 Throughout history the UK has produced and created some of the best and most well-known music. Wherever you go in the world you are sure to find a song that has come out of the UK

Before pen and paper where invented stories were passed down orally from generation to generation, to aid memory retention, it was common to use verse and song.  In the UK there are distinct local and regional variations in content and style.

Over the years Folk music has influenced sea shanties, jigs and Morris dancing. Sea shanties are a sub – genre of folk music which accompanied the rhythmic labour aboard large merchant ships. The U.K’s most famous warship, the HMS Victory, now housed at Portsmouth Historic Dockyard is best known for her role in the Battle of Trafalgar against Nelson.  Subsequent to Nelsons death, the very famous sea shanty, “A drop of Nelsons blood,” was coined. Nelsons body was preserved in a cask of spirits which the sailors tapped and drained and therefore where essentially drinking his blood for the rest of the journey to England, it was dry by the time it arrived. “A drop of Nelsons blood wouldn’t do us any harm”

Modern folk singers often conclude a song with the words “and that’s a true story” this is because the songs that have been passed down are usually true.  Across Dorset, Hampshire and Kent there are numerous songs about incidents that have happened in times gone by. South East England has been one of the most important areas of English folk music, Sea shanties, and Smugglers songs, which have always been important in the seafaring towns of Hampshire and Kent.

The increasing number of folk festivals held each year in the south are testament to this increasingly popular genre.

Previous articleWhat is the Lammas Festival?