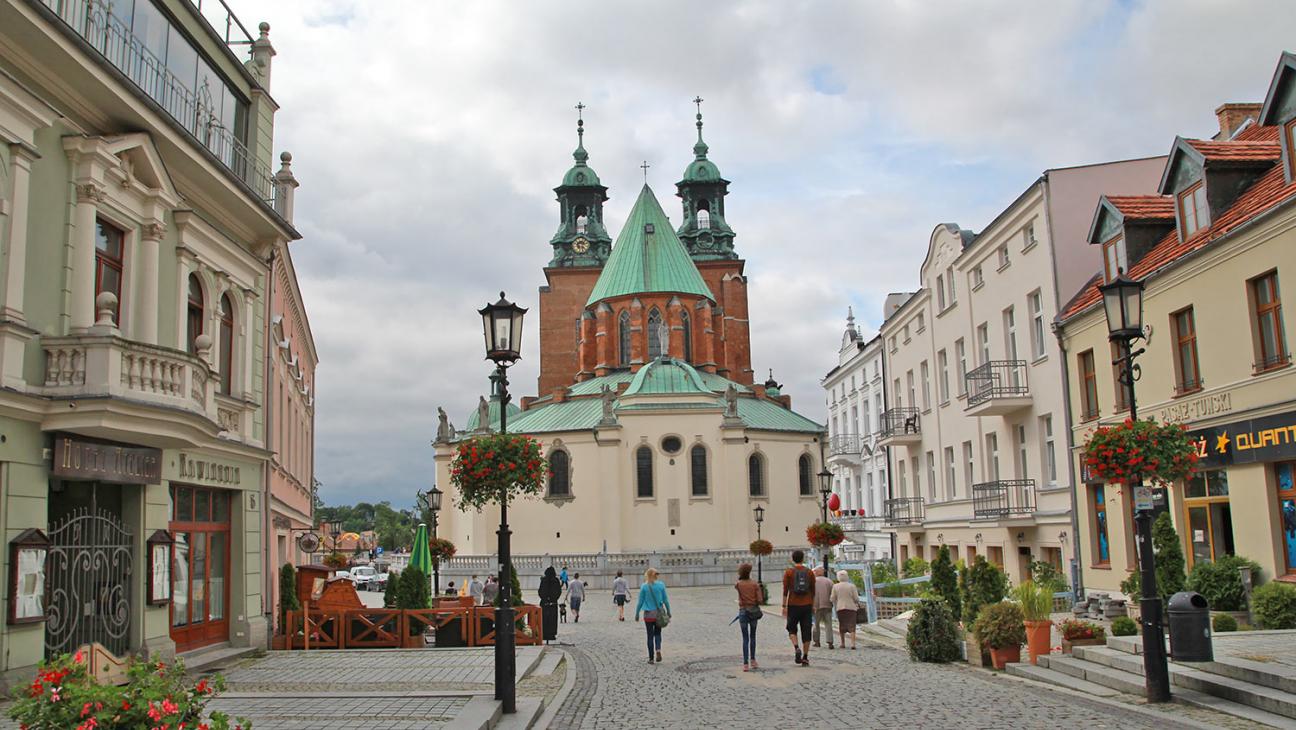 Gniezno was one of the two first historical capitals of Poland in the 10th century and early 11th century. The five first Kings of Poland were crowned there and the Gniezno Cathedral was the royal coronation site. According to the Slavic legend “Lech, Czech, and Rus”, the name Gniezno came from the word “gniazdo” which means “nest” in Polish. Lech saw a white eagle against the red of the setting sun, he took this as a good omen and decided to settle there. He named his settlement Gniezno in commemoration of its nest and chose the White Eagle as his coat-of-arms.

Gniezno is about 50 kilometres (31 miles) east of Poznań and similarly to Rome, is located on 7 hills and is surrounded by picturesque lakes. Gniezno is rich in tourist attractions, like museums, monuments, and places of worship. Gniezno’s Codex Aureus, or the Golden Evangelion of Gniezno, is considered one of the most beautiful and valuable books, which have long been part of the National List of the UNESCO program. The Gniezno Doors are a pair of bronze doors at the entrance to the gothic Gniezno Cathedral depicting a sequence of eighteen scenes from the life of St. Adalbert. The doors were made in about 1175, during the reign of Mieszko III, and are one of the most important works of Romanesque art in Poland. A great way to sightsee the first Polish capital is to walk The Royal Trail – a walking route leading between the bronze sculptures of kings, rabbits and legends, referring to the most important moments in the history of Gniezno. The route runs next to the most interesting monuments and places in Gniezno. Sightseeing along the trail can be supplemented with the information found in the official paper guide or mobile application “Chase the Rabbit!”. Apart from landmarks dedicated to Polish history, Gniezno also offers specialty attractions like the Museum of Antiques of Technology Culture, Historic Rail Engine House or a petting zoo with alpacas.