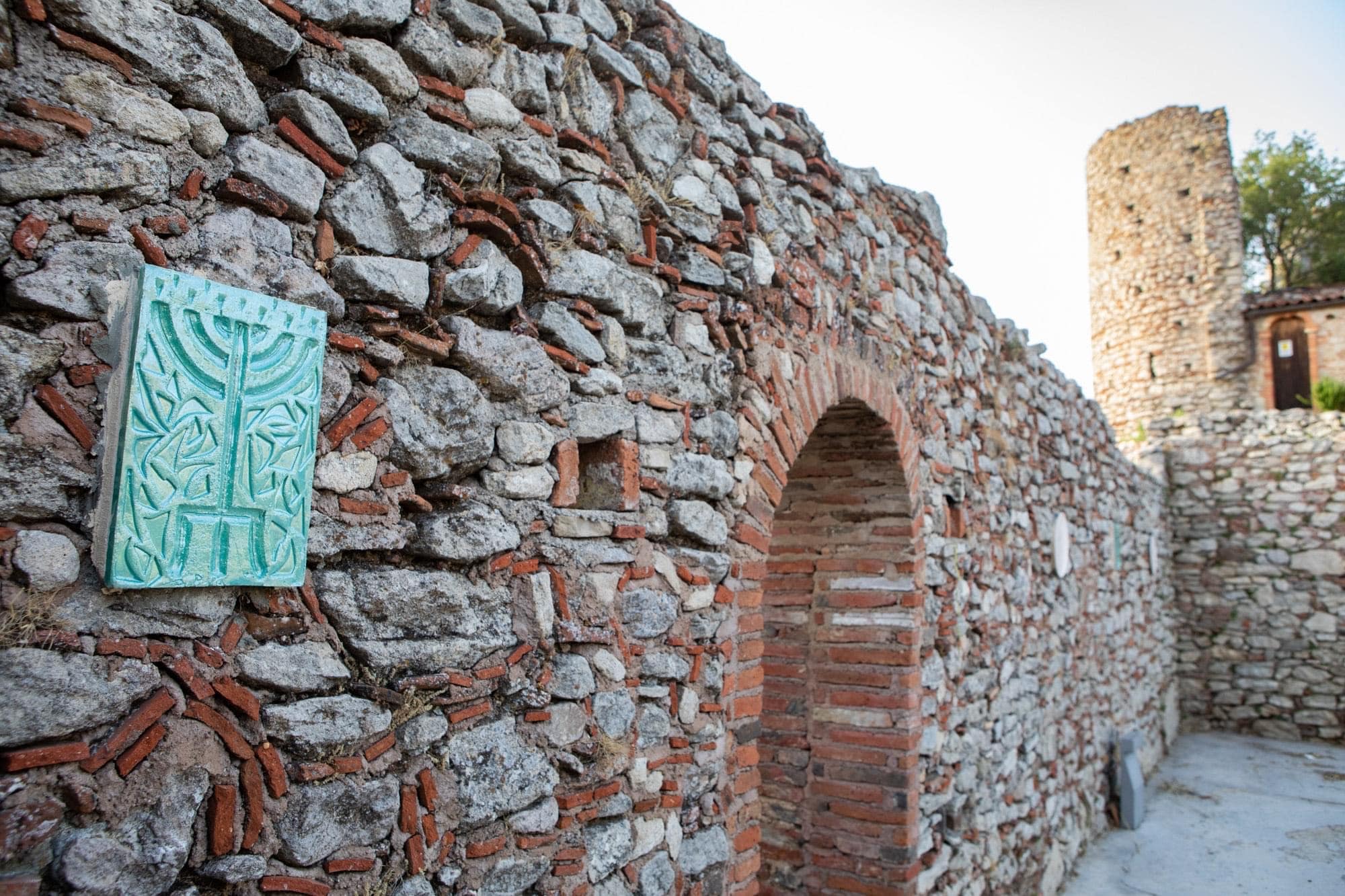 The South of Italy has been over history a landing place for civilizations coming from the Orient. A crucible of people and cultures: greek, byzantin, arabs, norman civilisations to which is added a documented vast and vibrant Jewish presence, from ancient times to the Renaissance. Beginning in the early 16th century that presence all but disappears.

The Jews’ first official presence on the Italian peninsula is documented to be in the year 161 BCE when a delegation from Judea arrived in Rome. After the fall of Jerusalem and the destruction of the second Temple in 70 CE, 2,000 Hebrew slaves were carted off to Rome. All during this period and throughout the first centuries of the Common Era Hebrew merchants, traders, and scholars crisscrossed the Mediterranean settling all along Southern Italy’s vast coastal regions.

Located along Italy’s southern coastline in the region of Calabria, the village of Bova witnessed Jewish history unfold in the Pirgoli district. Here we find a contemporary art installation, an emotional journey through the vicissitudes of The Giudecca. “Pirgos talking pottery”, created by the artist Antonio Pujia Veneziano, are a series of glazed and engraved ceramics around which are fragments of information about this piece of history. The Jewish settlement goes back between the end of the 15th and the beginning of the 16th century. The Giudecca is part of the “Gerhard Rohlfs” Museum and the newest addition to the FAI – Fondo Ambiente Italiano program, a non-profit foundation whose main goal is to protect Italian places promoting their knowledge, care and conservation. It restores and takes care of special places in Italy so that present and future generations from all over the world may enjoy a priceless legacy. (Check out this video -> https://www.youtube.com/watch?v=ZVxu_Q7n-vA)

Not so far, Bova Marina is home to something unique: the second-oldest synagogue ever found in Europe, dating back to the 4th century CE (4th century AD), a turning point in research into the Jewish presence in Calabria. A Jewish settlement, located in the San Pasquale valley, bequeathed to us its remains with an important mosaic. The room’s mosaic floor depicts the menorah (the traditional multi branched candelabra), surrounded by a palm branch, a cedar and the shofar (the ram’s horn) used as musical instruments during religious ceremonies. In the same room was also found the traditional architectural niche for the Torah (the two law scrolls).

During the 16th century a series of expulsions and forced conversions took place in the region culminating in 1541 with a decree that all Jews must either leave Calabria or convert to Catholicism. An Italian couple whose ancestors were forced to hide their faith got married atop the ruins of the ancient synagogue in Bova Marina, giving the site its first Jewish wedding in centuries and bringing this long-neglected heritage to light along with important treasures of Jewish life in southern Italy.