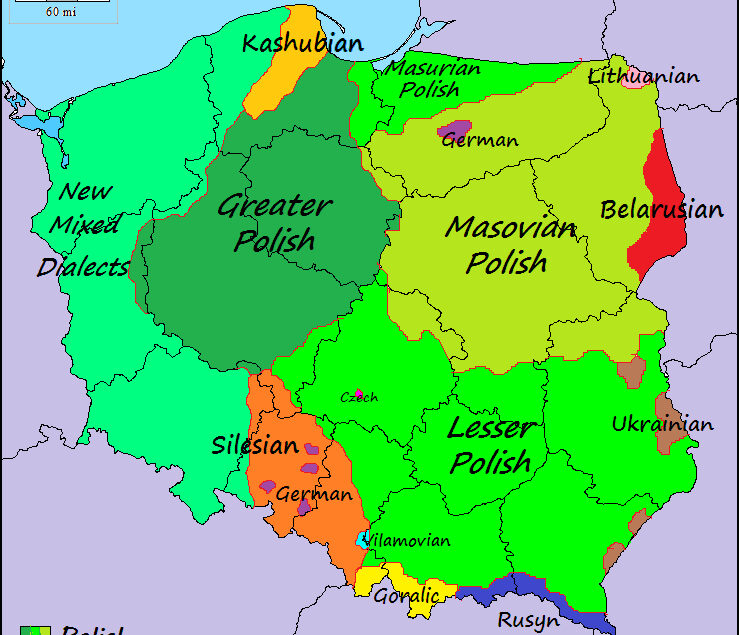 One of the extremely interesting features that distinguishes the Greater Poland region from the rest of the country is a diverse section of the language. The inhabitants of Poznań, Gniezno, or other smaller towns and villages use the Polish language which is standing out from the rest of the nation. In this region, different vernaculars are being spoken, which constitute the Greater Poland dialect. It originated in the process of linguistic changes and is one of the most extensive dialects in Poland.

Non-native speakers are generally unable to distinguish among Polish local dialects easily. The regional differences correspond mainly to old tribal divisions from around a thousand years ago. The most significant of these in terms of numbers of speakers is definitely Great Polish, spoken in the west of Poland, in Great Poland.

Interestingly enough, even between the cities of Great Poland, different vocabulary items, names, or grammatical structures are used, and they are passed from generation to generation, collaterally to the national language, thus everybody is still able to communicate with one another. Hence, no one is surprised by the extraordinariness of the speech of the inhabitants of Poznań and its environs. The area is famous for its linguistic diversity. Though usually small towns and villages, as well as elderly people, use the vernacular, it can be heard also in cities and used among young inhabitants. The patois has become even more popular because it emphasizes local patriotism, including the historical and cultural diversity of the Great Poland region.

Poznań dialect is the urban dialect used by the inhabitants of the city and its vicinity since the 19th century. It is a peculiar mixture of the Polish language, Great Poland folk dialects and Germanisms from the period of the Prussian occupation. To this day, it constitutes Poznań’s cultural distinctiveness.

“TEJ” is the probably the most frequently used word of the Great Polish dialect. This word literally means nothing but at the same time is really powerful and meaningful. When you hear “tej” you can easily understand that the speaker comes from Poznań or the other city of Great Poland.

One of museums of Poznan has a webpage available in Polish, in English and in … the local Poznań dialect. You can compare them:

This article was translated from Polish by Karolina Wójcik, KONTAKT, Poland

Next article An ancient place of worship guarded by a Giant: the stone of Sant'Antonino