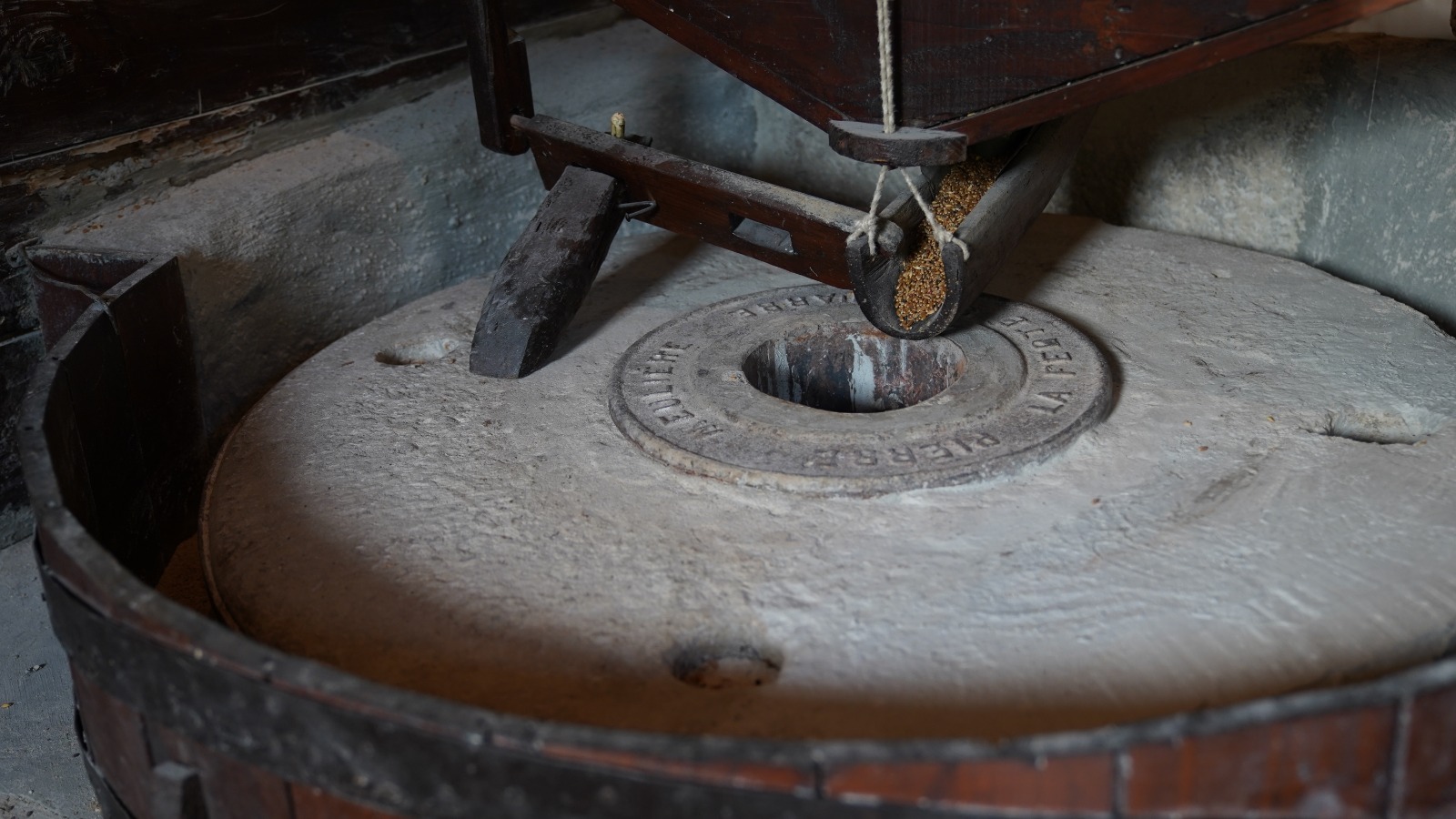 Hold back your hand from the mill, you grinding girls; even if the cockcrow heralds the dawn, sleep on. For Demeter has imposed the labours of your hands on the nymphs, who leaping down upon the topmost part of the wheel, rotate its axle; with encircling cogs, it turns the hollow weight of the Nisyrian millstones. If we learn to feast toil-free on the fruits of the earth, we taste again the golden age.

Watermills were praised as far back as the 1st century BC, by Antipater of Thessalonica, who highlighted how the invention usefully lightened the burden on human workers. Widely used until the 1960s, the water mill was a relevant item for the local economy, as attested by a cartography of the hydrographical situation of the region from which emerges an overview of the high water-powered grain-mills distribution of Calabria in 1887.

But what do we know about the milling of cereals? Apparently, it is a very remote man achievement: the oldest mills unearthed in some prehistoric sites of Syria and Iraq date back to the 11th millennium BC. The oldest known mention of water mills in Calabria dates back to byzantin records that refer to the valley of Stilaro. Around 1059 a donation of a mill to the monastery of Saint Lorenzo took place. Not long afterwards, water mills were to be found in the whole region and, for centuries to come, economic actors. The matter came to a crisis after the unification of Italy. Following the imposition of a tax on flour, violent protests and demonstrations spread everywhere, flour millers shut down their mills while peasants broke into municipal buildings and public offices to protest.

Within the territory of Guardavalle, there are about 18 water mills. The area is crossed by broad streams (in the local dialect “fiumare”) and torrents. The driving force of the water, indispensable for powering the mills, was used for grinding grain to produce flour. Of the related water mill system, abandoned as any longer functional, today little traces remain which are however important sources of cultural identity. In a corner of the town, a restored and fully functioning stone mill can be found. One of the many mills scattered within the village that was in the heart of a project of territorial re-qualification: from an ancient mill inoperative for many years, to a treasure house of the memory of centuries of traditions. Thanks to the support of people through crowdfunding and the financial commitment of the Punta Stilo Association, point of reference in the territory and promoter of cooperation, sustainable development and territorial enhancement.

This heritage if rediscovered conserved and enhanced can play an essential role in the area’s socioeconomic regeneration and it can be illustrative of the evolution of human society over time, especially for younger generations.

Previous articleLast Stage of the Primitive Way to Santiago