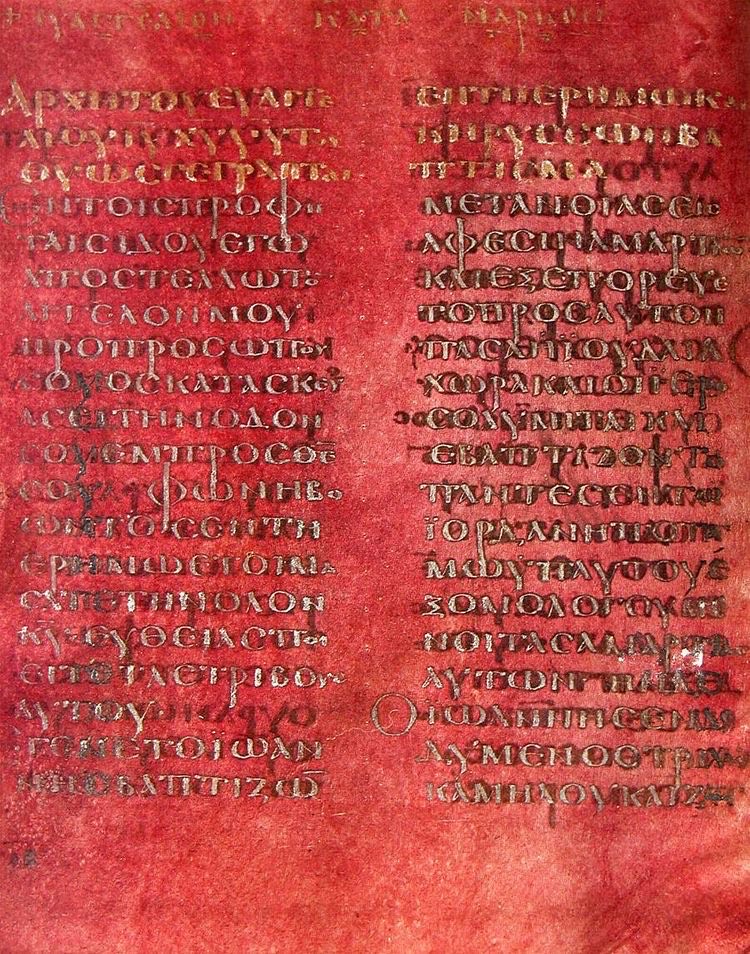 The Codex Purpureus Rossanensis is an ancient manuscript of extraordinary historical and archeological significance, found in that part of Byzantine Italy, still containing hidden traces of its glorious past. Thanks to its perfectly kept polychrome illuminations, this uncial manuscript is considered the most ancient illuminated book in the world.

A beam of light illuminates the glass cabinet. From here an open manuscript peeps out in all its splendour. On the right a circular decorative band punctuated by the portraits of the four Evangelists, identifiable from their initials. On the left page, Jesus Christ appears in a landscape made up of the rocky soil of the Gethsemane, in the first nigh scene in the history of Christian Art. 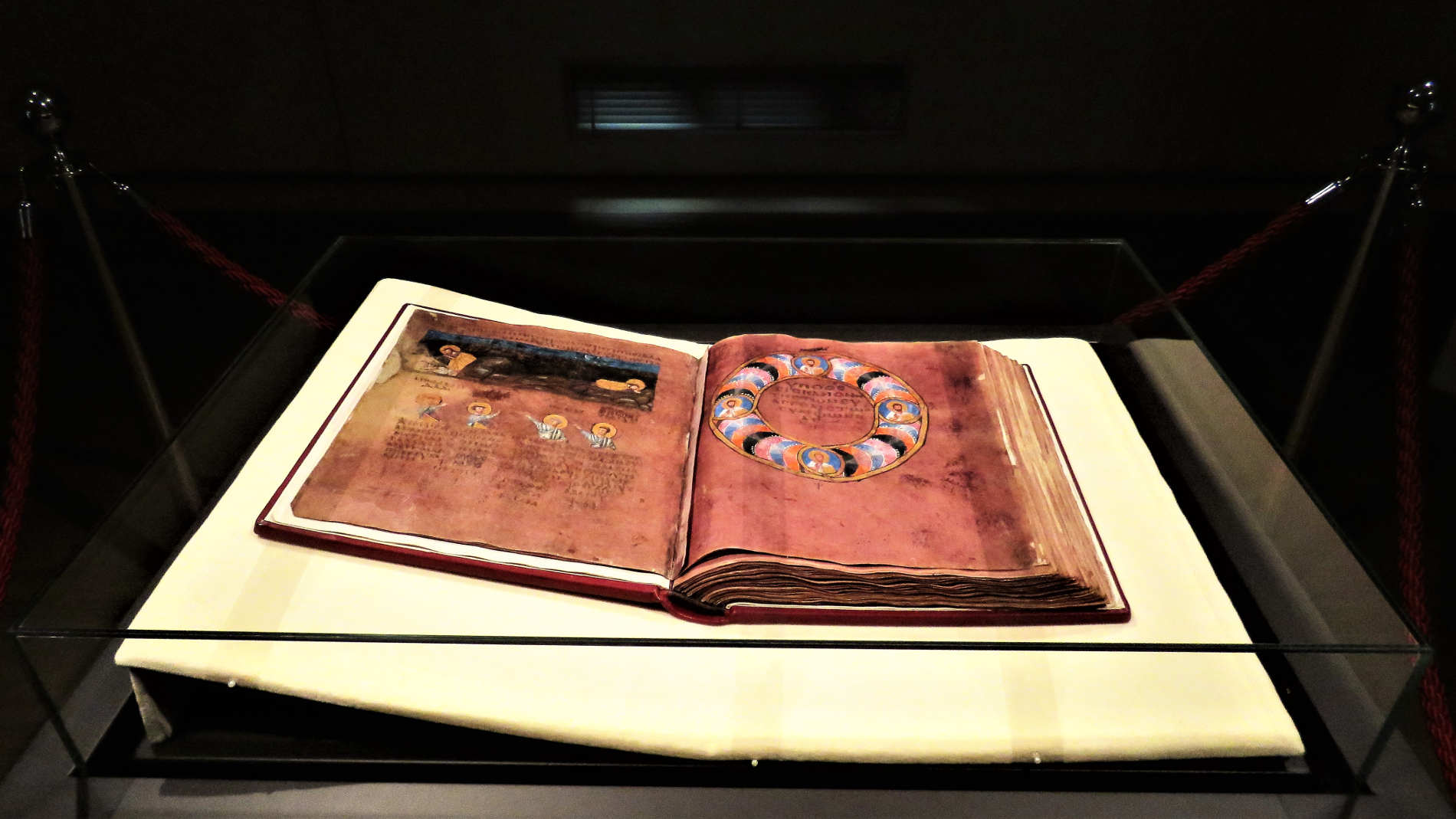 We are looking at the Codex Purpureus Rossanensis, a small masterpiece kept at the local Diocesan Museum at Rossano, the Byzantine Pearl of Calabria. The museum devoted an entire room to this jewel of byzantine art, a Greek uncial manuscript containing the gospels of Matthew and Mark. It is known for its peculiar reddish color of its pages, written in silver and gold inks and has a series of 14 illuminations, illustrating the life and teaching of Christ.

The majority of scholars, based on the style of the manuscript, date it between the IV and VI- VII century. In comparison with other artifacts, it appears that, probably, the Codex was produced in Syria, perhaps in Antioch. But how did it end up in Rossano? The hypothesis pertains to the migration wave of the Eastern Greek monks that occurred in the seventh century, due to the first iconoclasm, that brought in Rossano a group of monks who had been guarding the precious Sacred Text.

As a further acknowledgment of its value, The Codex Purpureus Rossanensis has been recognized by UNESCO and inserted in the Memory of the World international register, whose mission is to protect and preserve the world’s documentary heritage that belongs to all.

Previous article"Percebeiros" (barnacle catchers): one of the most difficult jobs in Galicia