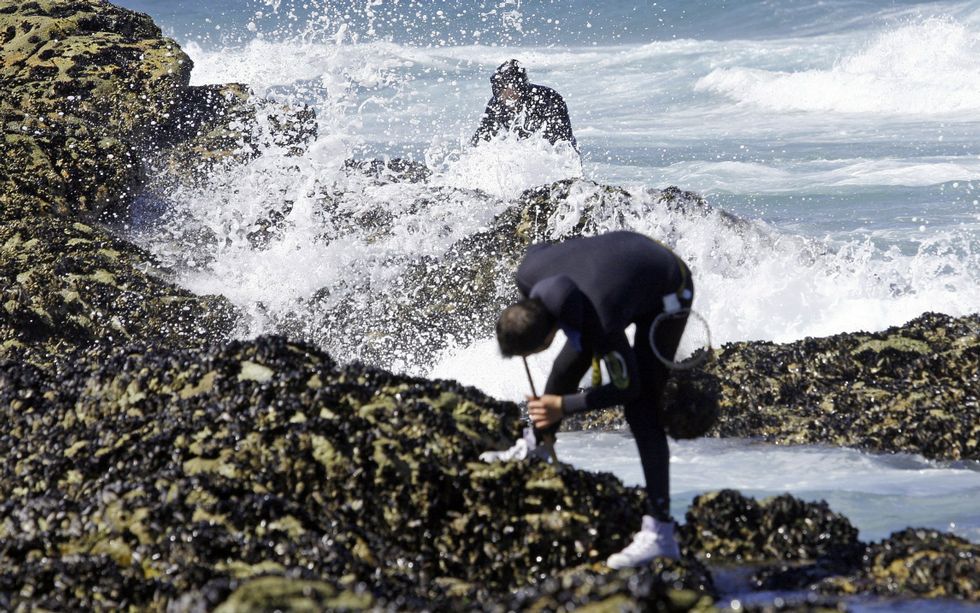 Barnacles are one of the ugliest but most delicious seafood in Galicia. Darwin studied them for more than ten years and discovered that barnacles did not evolve. Barnacles have no extremities, they live as a larva floating in the early stages, then attach to rocks until the end of their days. On the Galician coast, these types of barnacles grow very well, since they can be found on the stones of the intertidal zone hit by the waves, where they obtain the sun and phytoplankton necessary to be able to live, thanks to the cold currents produced by the winds from the north.

Decades ago, the barnacle was a delicacy for the poor, as stated by the Galician writer Emilia Pardo Bazán who said that the barnacle was “an uncivil delicacy, which should never be presented when guests are invited.” However, over the years it became a delicatessen that reaches exorbitant prices, costing 50€ per kilo. Barnacles have acquired so much prestige that even barnacle festivals are celebrated, such as Roncudo or Corme Barnacle Festival, one of the most famous in Galicia and the oldest in Spain. The way to eat these barnacles is very peculiar. They are always eaten with the hands, opening the union of the nail and the trunk, and towards the plate, since the stains produced by barnacles are very difficult to remove.

But why am I talking about barnacles? I’m talking about barnacles, because the work of the percebeiros (barnacle catchers) is one of the most dangerous jobs in Galicia. Barnacles are mainly found on the rocks of Costa da Morte, which stretches along the northwestern coast of Galicia. Costa da Morte is known for the dangerousness of its cliffs, its strong storms, as well as the many shipwrecks that took place in the area, mainly due to bad weather. That is why it is the perfect place for barnacle breeding. “Percebeiros” or barnacle catchers risk their lives every time they try to catch them, since they have to go down to the rocks uncovered by the tide and be aware of the comings and goings of the sea that beats on the rocks, at the same time that they try to catch the barnacles from the stones and not be swept away by the sea. Sometimes they are tied with ropes to the rocks so that the sea does not carry them away at once. The “percebeiros” make their living among the waves and the rocks. They are brave people, who know the sea very well and respect it. People worthy of admiration and respect who risk their lives to be able to offer us this delicatessen.

Previous articleAfter a year of covid lockdowns: LTT 1 realized in Italy! The full experience of our delegations in the Calabria region