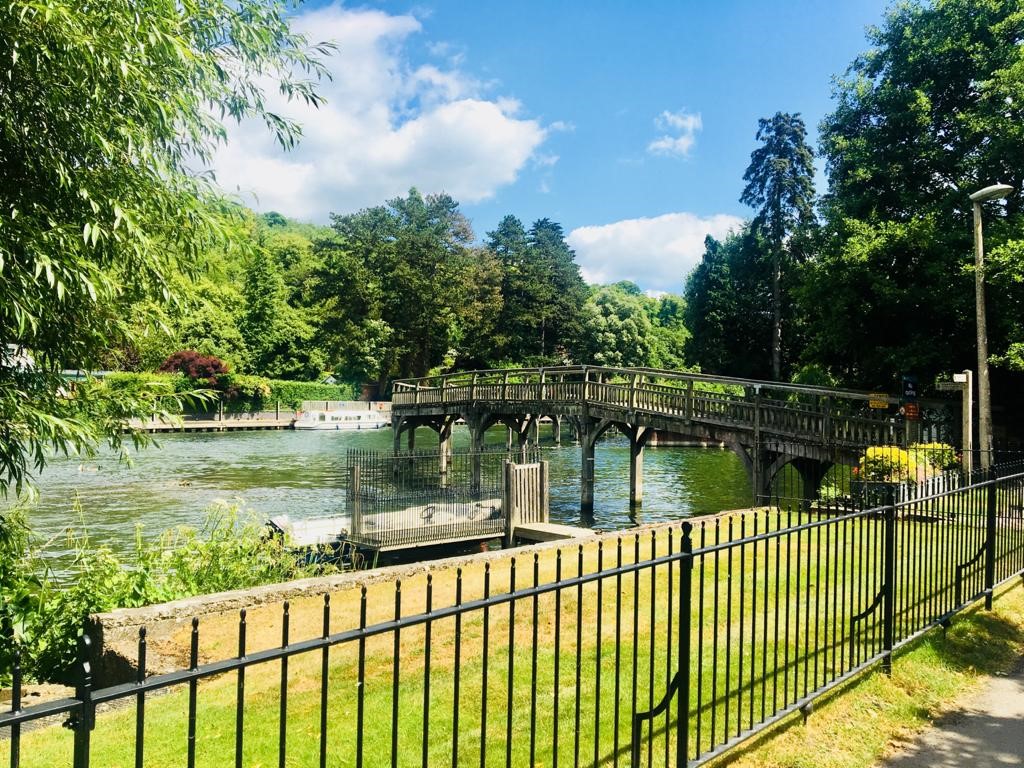 Henley-on-Thames is a town and civil parish on the River Thames in Oxfordshire, England, 14 km northeast of Reading and approximately 60 km west of London, near the tripoint of Oxfordshire, Berkshire and Buckinghamshire.

Henley-on-Thames is one of the most picturesque towns in Oxfordshire. Situated on the edge of the iconic River Thames, Henley offers stunning scenery, traditional British pubs and independent shops and restaurants. During the summer, it is home to internationally renowned events and festivals, but it is an excellent place to visit all year round.

The first record of Henley is from 1179 when it is recorded that King Henry II “had bought land for the making of buildings”. King John granted the manor of Benson and the town and manor of Henley to Robert Harcourt in 1199. A church at Henley is first mentioned in 1204. In 1205 the town received a tax for street paving, and in 1234 the bridge is first mentioned. In 1278 Henley is described as a hamlet of Benson with a chapel. The street plan was probably established by the end of the 13th century.

In 1851 Prince Albert became the first royal patron of the regatta. It became known as Henley Royal Regatta, pushing the small Oxfordshire town into the limelight and giving it a lasting place in history.

Henley Bridge is a five arched bridge across the river built in 1786. It is a Grade I listed historic structure. The Henley Bridge, engraved in 1812 from a drawing by J. P. Neale, and published in The Beauties of England and Wales

The old town (incorporated 1526) has a medieval church and a wide market street. Georgian buildings are also well represented. The old town serves as the shopping centre of the modern riverside resort and residential town, which is especially famous as a rowing centre. The Henley Royal Regatta, which dates from 1839, is visited annually in July by international rowing crews.

Henley Town Hall, which maintains a prominent position in the Market Place, was designed by Henry Hare and completed in 1900. Chantry House is the second Grade I listed building in the town. It is unusual in having more storeys on one side than on the other.

The Church of England parish church of St Mary the Virgin is nearby and has a 16th-century tower. Located on Hart Street in the centre of Henley-on-Thames is St Mary’s Church. It is a beautiful ancient building that is much-loved by locals and visitor to the area. The picturesque building has been a main feature in the town for nearly a thousand years and dates back to the 12th century.

Moreover, the Old Bell is a pub in the centre of Henley on Bell Street. The building has been dated from 1325: the oldest-dated building in the town.

You can’t talk about Henley on Thames without mentioning rowing. The town is known for the Royal Regatta, which takes place annually and attracts some of the world’s finest rowers. There are plenty of options for beginners who want to learn how to row. The Henley Rowing Club was founded in 1839 and offers rowing lessons from experienced rowers and coaches.

With so many things to do in Henley on Thames you can easily spend a day in the town and discover the beauties of this place.

Next article GNIEZNO, the unique city of the Piast Trail, where the first Polish Kings were crowned