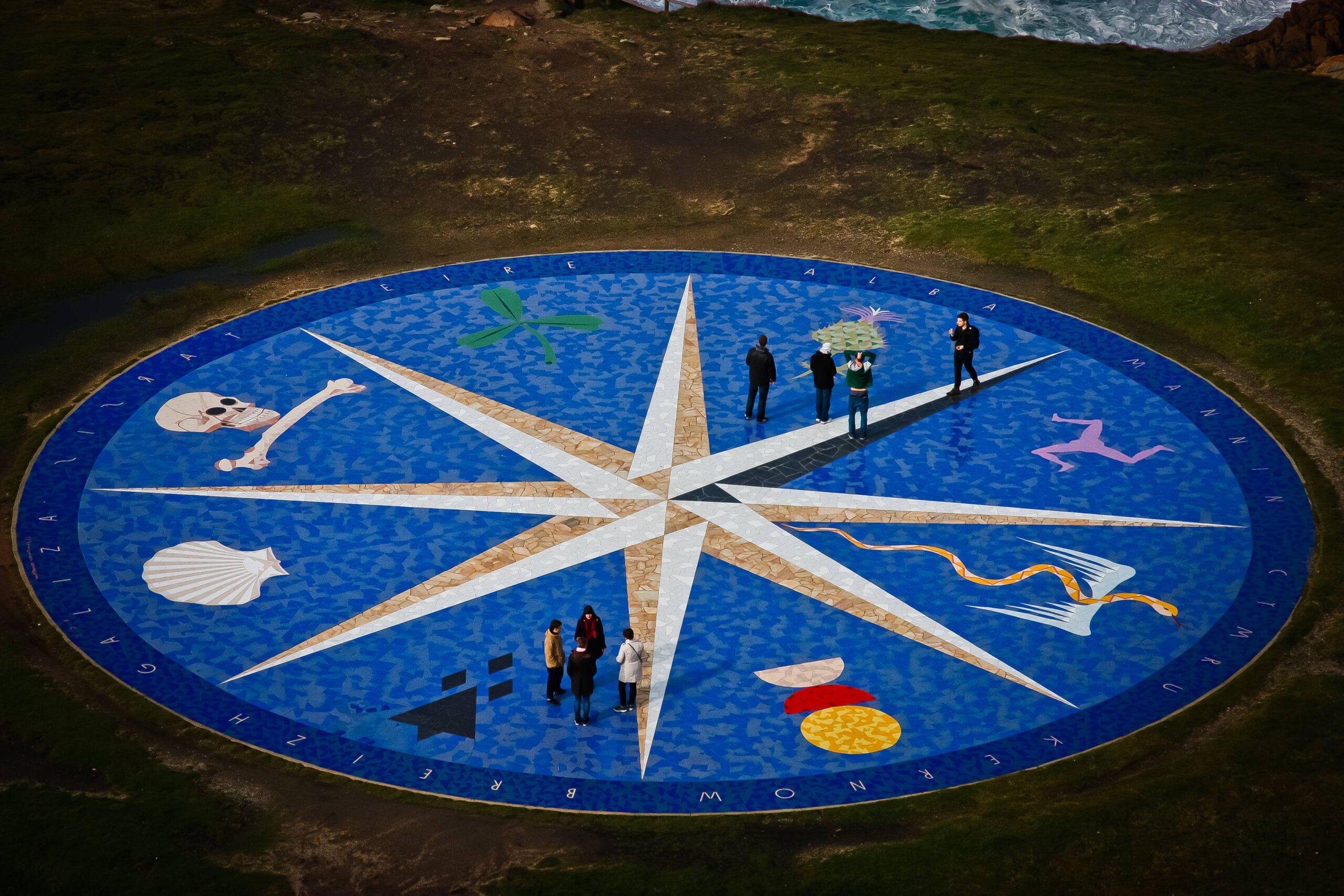 If there’s something that every Galician is able to feel beneath their skin, is their strong connection with the Celts and the Celtic Tribes. A clear example of this fact are the thousands of stories that travel around our ways and ancient traditions. Some of those stories even spin around the location where the Tower of Hercules was settled one day.

Apparently, when the Romans decided to erect this construction, they were looking around the city of Coruña – at that time A Crunia o Flavium Brigantium – for the perfect place for it. What they found were few areas that were part of a sacred place belonging to an indigenous Celtic sanctuary. During Celtic times, Celts used to dedicate coastal promontories to Deities such as Hercules. In addition, in the lower part of this emblematic location, exists a congruence between three rocks which are placed in the sea – just opposite Punta Eiras (a cape) – which are known as the Ox, the Cow and the Calf… And, despite this geological fact might not sound really interesting, the truth is that, if we draw a line from the place were those rocks converge towards the island of Ireland, we will find the SAME congruence of rocks at the Kenmare’s Sanctuary (South West coast of Ireland). What is also interesting, is the resemblance between the name of the cape and the Celtic name given to the Island of Ireland, EIRE, that somehow seems to be announcing what sea wolfs would find if they follow that path.

Based on these strong connections between Galicia, the piece of land where the romans decided to build the tower and the Celtic Tribes; the council of the city of A Coruña decided to locate different pieces of art around the environment of the Hercules Tower commemorating the ties.

One of these symbols is the famous compass entitled as Rosa dos Ventos in Galician Language. Within it we can find the graphic representation of the Celtic nations. Each of them was given an image created taking as source the local tradition.

Next article Exciting sculptures that help to rediscover the soul