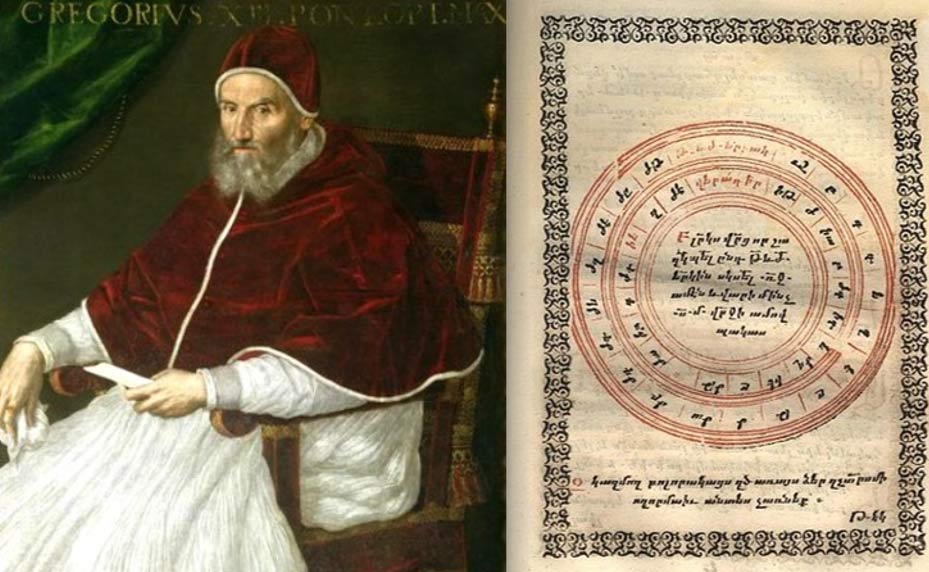 In the 16th century the Gregorian Reform changed the way we keep track of dates. Behind this event we find three key characters with a shared heritage, all sons of Calabria!

The Julian calendar, the accepted method of timekeeping since 46 BC, was based on celestial phenomena. By the time of Pope Gregory astronomical knowledge had improved greatly and this calendar was noticeably incompatible with solar events; it was off by approximately 10 minutes and 48 seconds. This may not seem much, but the result was that Europe lagged ten days behind, and Church leaders had a problem of celestial proportions! Traditionally, Easter was celebrated on the Sunday after the Spring equinox, a practice standardized in 325 by the Council of Nicaea. With the date in chaos, however, something had to be done to fix the date of Easter. So Pope Gregory XIII assembled a team of mathematicians, scholars, and astronomers and tasked them with finding a solution.

Among the many proposals, the commission of experts chose one developed by the Calabrian physician and mathematician Aloysius Lilius, a native of Cirò. It was probably Cardinal Guglielmo Sirleto (1514-1585) from Guardavalle, chairman of the calendar committee, to bring the work of Aloysius Lilius to the Pope’s attention. Lilius was not one of the prominent thinkers of the day, but he, like Sirleto, hailed from Calabria. This shared heritage may have inspired Sirleto to take a closer look at Lilius’s work. Speaking of this, the commission also included Vincenzo Lauro from Tropea – an astronomer, doctor, theologian and bishop.

The ingenious project by Aloysius Lilius made it possible to preserve the vernal equinox on a fixed and definite date – March 21, and made it possible to accurately determine the date of Easter. On February 24, 1582, Pope Gregory XIII promulgated the Papal bull Inter gravissimas, launching the new calendar with ten days completely eliminated. Firstly adopted by the catholic countries, confusingly and at different times (with a span of three centuries) it became the global standard.

In 2012, the Calabria region established a “Calendar Day” in memory of Aloysius Lilius (Luigi Lilio), which fell annually on March 21st. in order to celebrate the national and international dignity, image and weight of the historical personality of the Calabrian astronomer and mathematician, and together with him, all of Calabria.

Previous articleOLD MARYCH as the only physical representation of the local dialect in Poland, and a subject of great affection.

Next article Jewish sites in Calabria