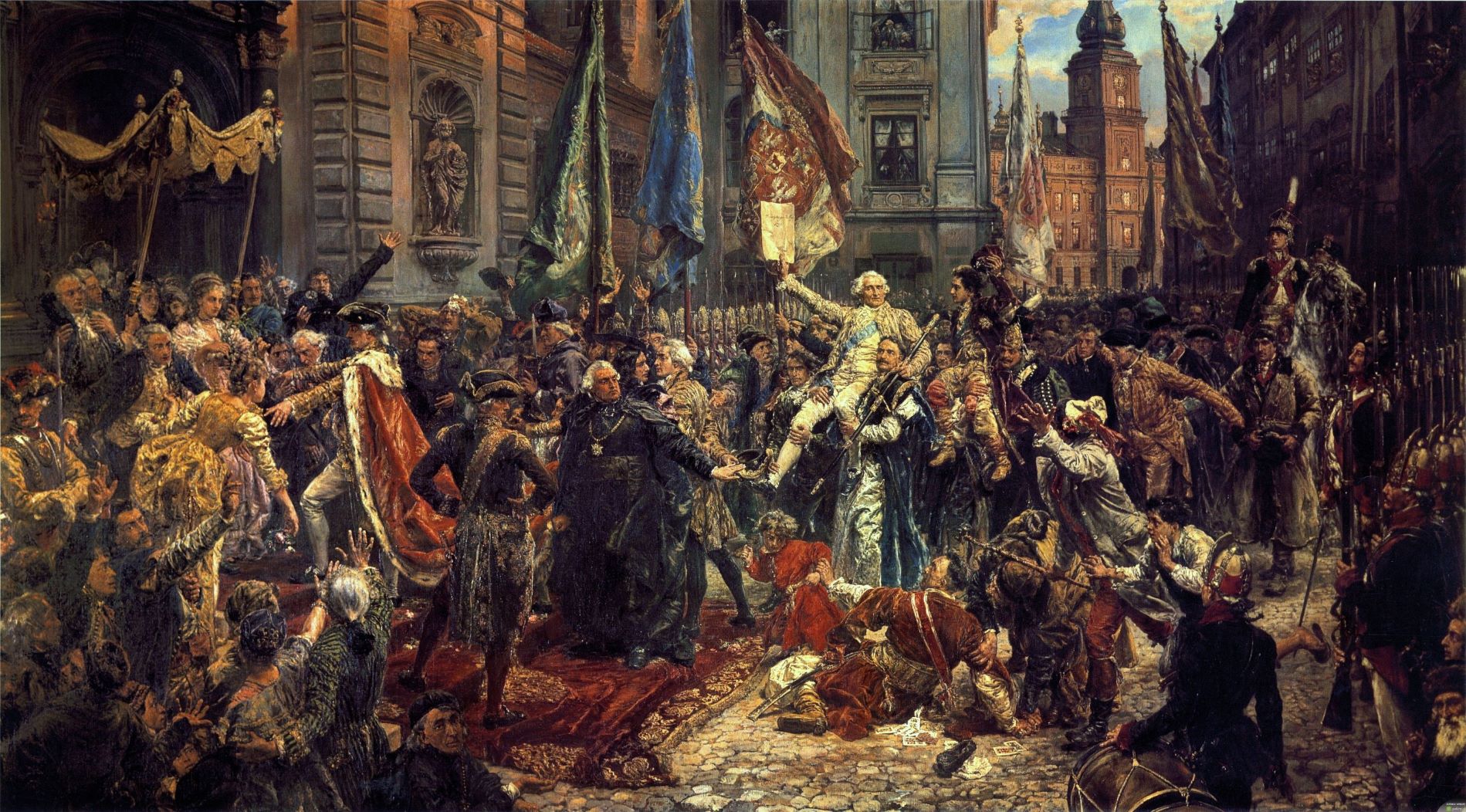 Poland is celebrating the 3 May Constitution Day! The Constitution of 3 May 1791 is considered one of the most important achievements in the history of Poland, despite being in effect for only a year, until the Russo-Polish War of 1792. Historian Norman Davies calls it “the first constitution of its type in Europe”

Other scholars also refer to it as the world’s second oldest constitution.

It was signed under the rule of the last Polish king – Stanisław August Poniatowski – in 1791. It is regarded as the first modern constitutional resolution in Europe, and the second one in the world (just after the American one, which was adopted in 1787).

In the Constitution, the first rights equalizing social conditions in Poland were given, which helped to slowly equalize the two groups: the nobility and the bourgeoisie. It also abolished the centuries-old liberum veto right, which was used against democracy in Poland.

Although two years after the signing of the constitution Poland was invaded by neighbouring countries, which led to the second partition, it is still considered a legal act confirming the independence of the country and the birth of modern politics. Until this day, the day is celebrated by all Poles by numerous festivities and ceremonies.

One of the most important Polish public holidays is celebrated on the 3rd of May. The holiday celebrates the declaration of the Constitution of the 3 May 1791. The anniversary has been observed as Poland’s most important civil holiday since Poland regained independence in 1918. Its importance for the Polish people has been compared to that of 4 July to the Americans.

Festivities date back to the Duchy of Warsaw early in the 19th century, but it became an official holiday only in 1919 in the Second Polish Republic. Delisted during the times of the Polish People’s Republic, it was re-established after the fall of communism in modern Poland.

This great event was immortalised in the painting of the Polish painter Jan Matejko The Constitution of 3rd May 1791.

This article was translated from Polish by Maria Postaremczak, KONTAKT, Poland

Previous articleThe wine in the catoja of Badolato, Southern Italy, as trait d’union between past and present