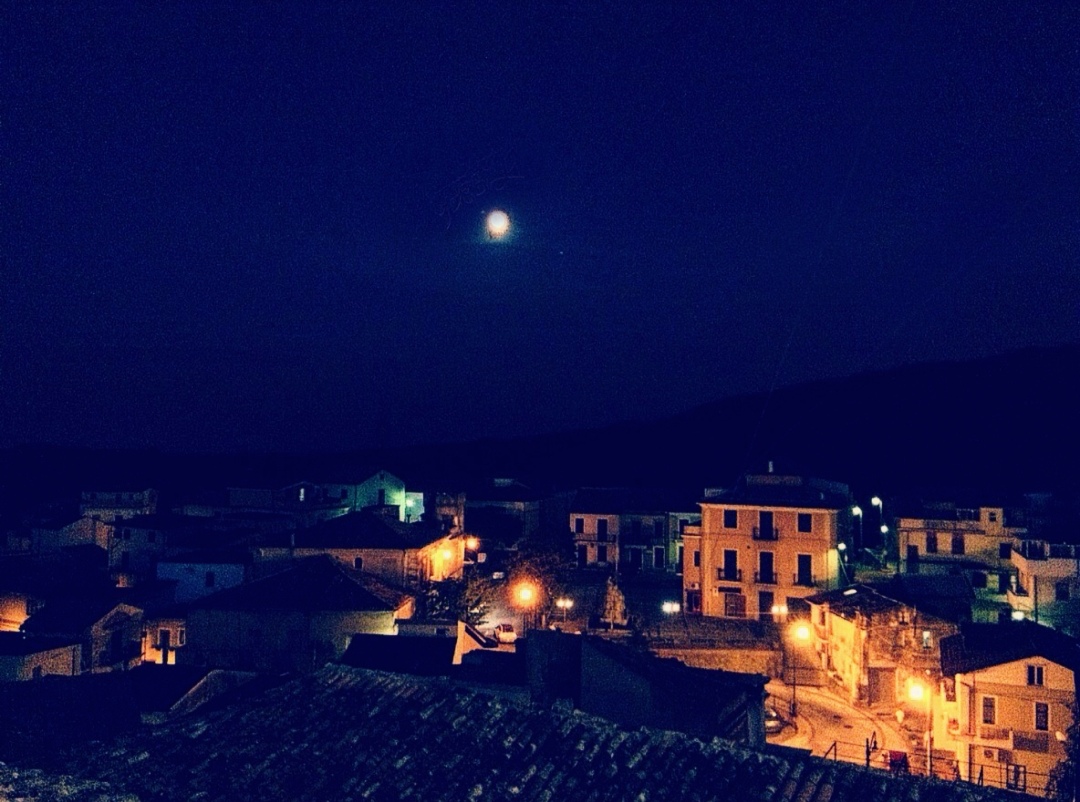 Calabria abounds in myths and legends, and today we focus on a belief that has fascinated other cultures located in remote places far from our beloved land for centuries: lycanthropy (from the Greek lykos – wolf, and anthropos – man).
Clinically, the concept refers to a rare hysterical disorder that affects a person, causing him or her to simulate the behaviour as well as the cry of a wolf (a disorder also found in some killers of the past), but in popular belief, it takes on a more imaginative connotation, in fact it is referred to as a real physical transformation of an individual into a wolf during the nights of the full moon.

“One could become a werewolf because of a curse cast by a God-fearing person as a result of a bad behaviour of an individual, witchcraft, a lycanthropic or vampiric infection, a pact with the devil, or for various other reasons”.

There are numerous tales of Satrianesi from the middle of the last century which insist on the presence of werewolves (in dialect, lupi pampani), describing them as local people who, having reached full transformation, would roam the streets of the village howling and terrifying anyone they met on their way.
The fear of a possible encounter with such ‘beings’ was amplified by the complete lack of night lighting (one of the many signs of backward economic development) that characterised not only this specific area of Calabria, but almost the whole of southern Italy in the 1950s.

According to reports by some alleged eyewitnesses, they were covered in gaudy fur and had very long nails (with which they left traces of their movements), they dragged themselves along the ground puffing and howling, but were unable to remain upright, so the unfortunate people in front of them, so the unfortunate people in front of them tried to find a way out by reaching places with stairs, because according to popular belief, werewolves could not go further than three steps (each time they tried, they would clumsily roll backwards and return to their starting point).

The tales also indicate that each werewolf would advance menacingly in the wake of a pack of mongrel dogs that would join him in every move.
It should be pointed out that in those years the town of Satriano was distinguished by its cultivation of grapes (resulting from the massive presence of vineyards in the area), which fed the continuous flow of wine that certainly abounded on Satriano’s tables, leading people to consume it in excess.
In this sense, according to some, the complete loss of control due to the effects of alcohol facilitated the onset of werewolf symptoms, or could contribute, according to others, to distorting the perception of reality, to such an extent as to lead people to glimpse mythological figures before them.

People were so influenced by these stories that some locals took advantage of the situation and, pretending to be werewolves, would go out at night (sometimes using wigs or other disguises) with the sole intention of breaking into cellars to get wine and all sorts of supplies (the historical period of reference is the post-war period marked by misery and desperation).
Among the best-known stories handed down by the people of Satriano is a sad tale about the first night of marriage of a young local couple. The bride’s husband, having already had some werewolf symptoms manifestations in the weeks leading up to the wedding, had warned his wife to open the front door when she returned home only if she heard three knocks on the door (which proved that the groom was fully lucid), but the fresh bride forgot this warning and hurriedly let in her lover (still suffering from the effects of the animal metamorphosis) who unfortunately attacked her fatally. When he came to his senses and realised his crime, he finally committed suicide.

“Fortunately, with the spread of the media, the werewolf has found its new role only in science fiction films and no longer disturbs the sleep of so many innocent creatures”.

Next article Origins of Guardavalle: the twelve towers village