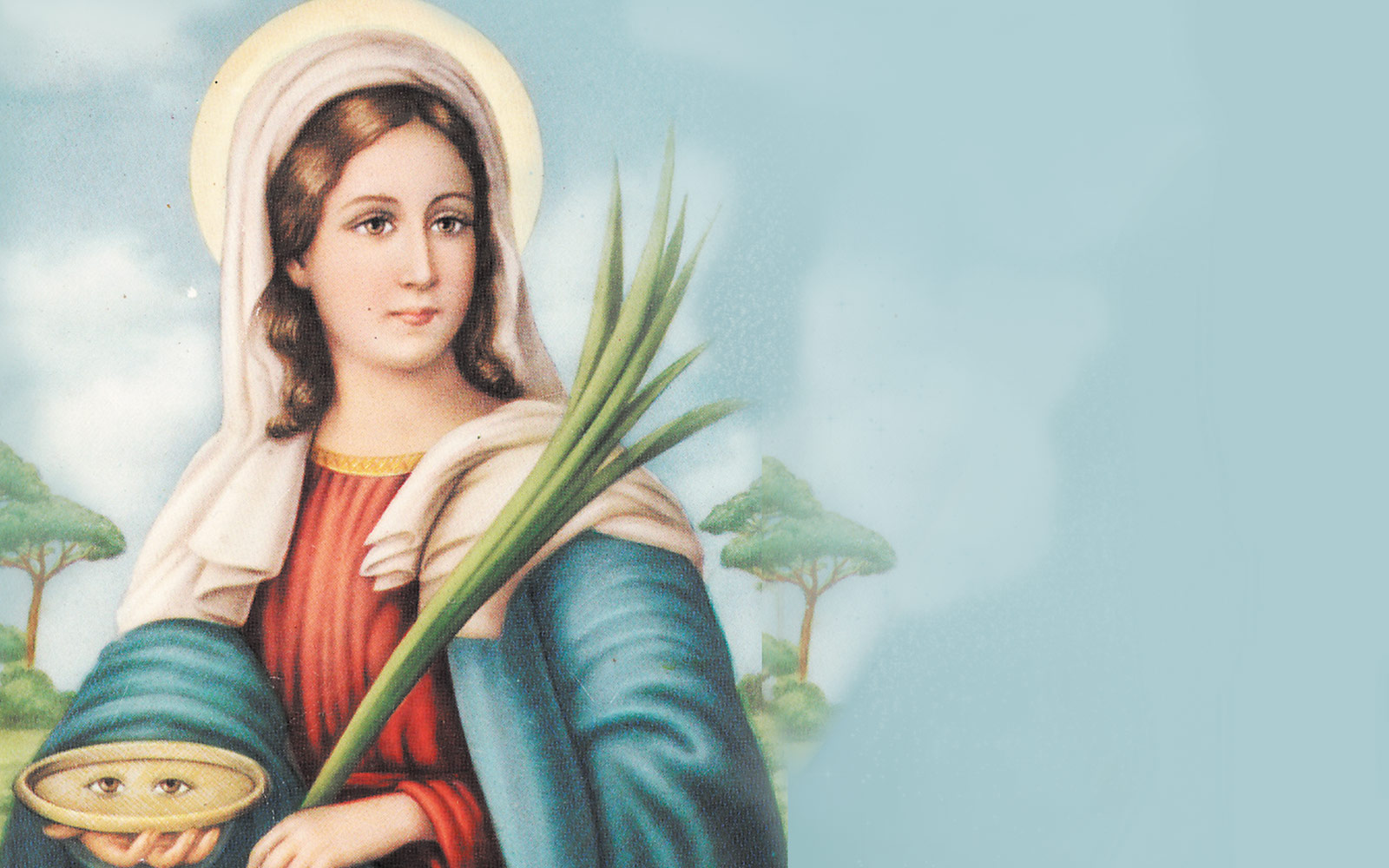 I was born in the North of Italy, precisely in Leno in the province of Brescia in the Lombardy region and over there on this special night between 12 and 13th of December, there’s a magic and children don’t go to sleep waiting for Santa Lucia.

Now I live in the South of Italy, very near from where the Saint was born but here they don’t celebrate this special night and it’s a pity. In reality, while researching afterwards, I’m happy to have discovered that in Calabria, in the North of the region they do it and it’s even more fascinating. While in my region up this night is when the Saint passes to take sweets (or carbon) to all, especially to children, and toys or presents, here in the Calabria region, the tradition is more connected to religion and to the shepherds’ life.

The story goes that Saint Lucia was born in Syracuse, around 283, and her fierce martyrdom took place under Diocletian. Her story is told in two narrations concerning her cruel martyrdom: one in Latin and the other in Greek, the latter being the one that has the most credence among scholars also because it is more ancient. We learn that Lucy, from an aristocratic family, was martyred by order of the governor Paschasius. At the place of her death, the Christians of Syracuse ‘dedicated a temple to her, in which the faithful flocked to her relics’. The cult, therefore, began immediately. And it continued over time: in fact Pope Gregory the Great (590-604) already included her name in the Canon of the Mass, indicating her for the veneration of the whole Church.
The liturgical feast of St Lucia falls on 13 December (although in some places it is celebrated at other times); before the introduction of the modern calendar (1582) the feast day fell close to the winter solstice (hence the saying ‘St Lucia the shortest day there is’) but did not coincide with it in the countries that immediately adopted the new calendar (difference of 10 days). In the Nordic countries, which adopted this calendar about two hundred years later, the solstice fell on 13 December (Gregorian calendar). 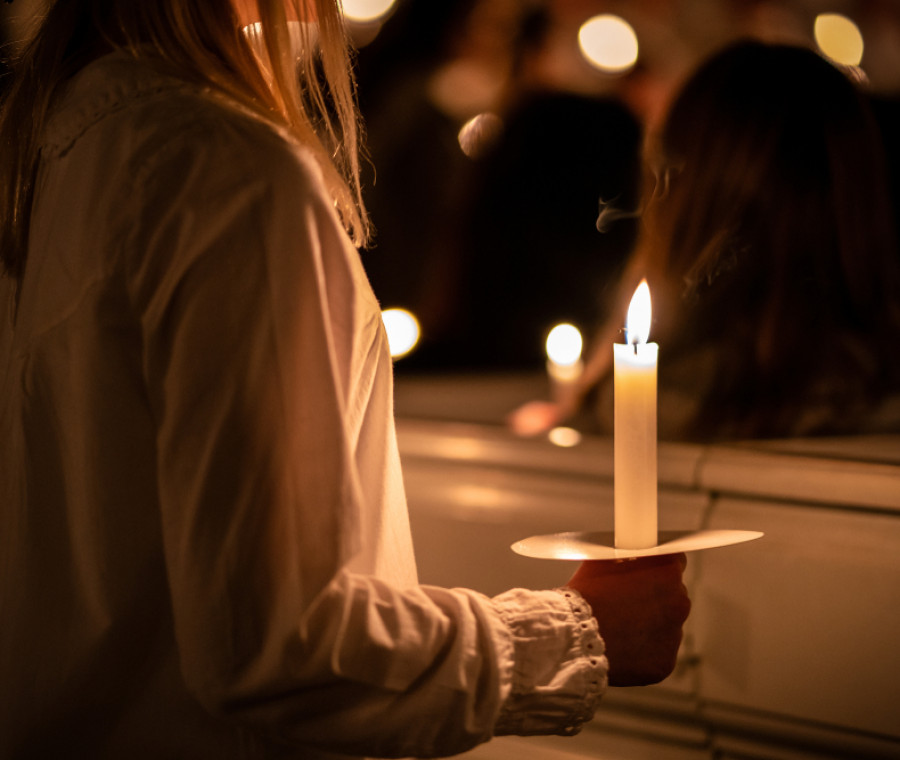 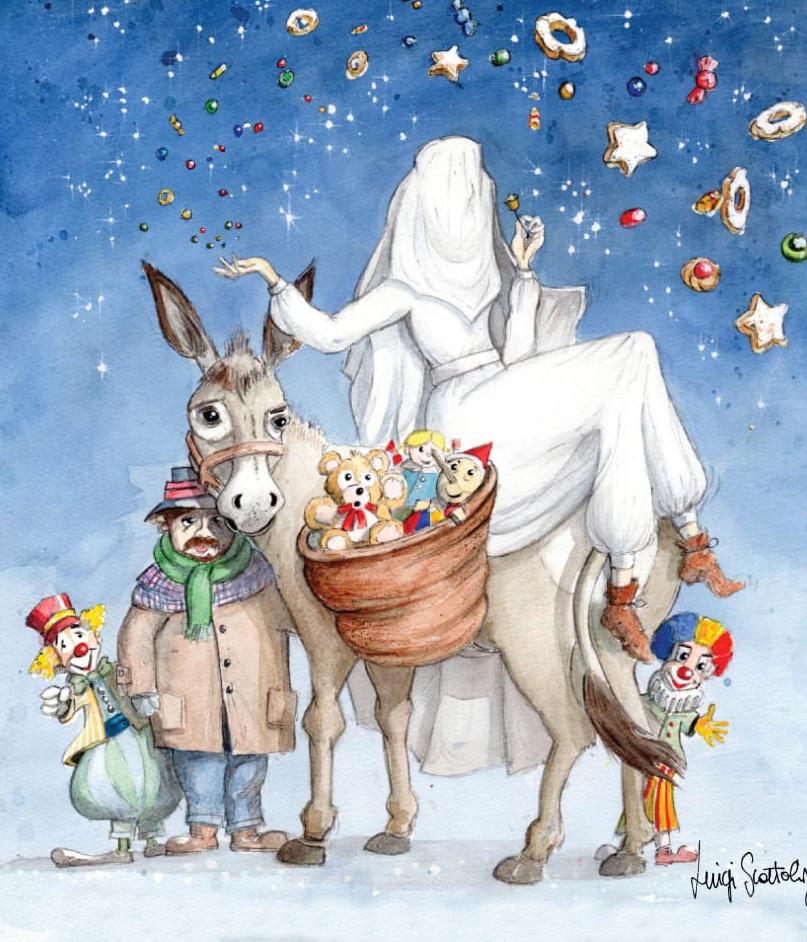 In some regions of northern Italy, there is a tradition linked to the ‘gifts of Santa Lucia’, a similar figure to the various St Nicholas, Father Christmas, the Infant Jesus, the Befana and others who, over the centuries, have replaced the ancient cult of the ancestors in children’s imaginations. On the morning of 13 December, when they wake up, the children find a plate with the oranges and biscuits not eaten, enriched with sweets and chocolate coins. 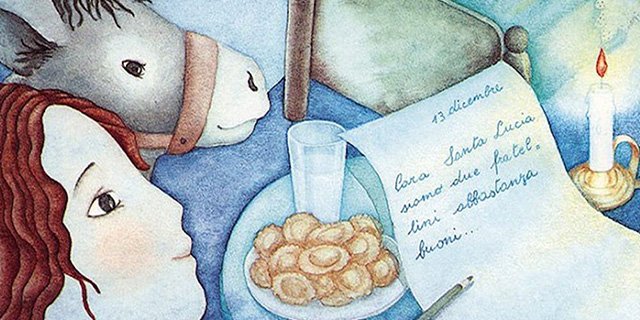 The night of Santa Lucia in Calabria
Ritual fires are lit in honour of Saint Lucia, especially among communities of shepherds. In the evening, when the flock is closed, the shepherds gather together around the little church dedicated to the Saint, which in towns such as Castrovillari, Amendolara, Bianchi and Scigliano was located outside the town. To the sound of the reed-pipe, the shepherds gather the bushes and light the fires, accompanying the festivities with sounds and dances, culminating in the passage through the flames and mimic dances of ancient origin. Another custom of the feast of Saint Lucy is the distribution of dried figs to the poor: in Altomonte, it was traditional to donate dried figs, cereals and pulses of different species in numbers of nine, offering the nine things of Saint Lucy to the needy; in Rossano, the same custom was followed, but the species had to be thirteen, since the Saint is celebrated on the thirteenth day. The offerings of blessed food, similar to the mola salsa of the Romans, sacralised the feast and strengthened the bonds within a community.

Lunch was accompanied by new wine, the trìdici cosi, thirteen varieties of fruit including lupins, strawberry trees and blueberries. For the feast, the housewives prepared occhjcìelli ‘e Santa Lucia, that is, Santa Lucia’s eyes. On this day, everyone abstained from work because by not sanctifying the Martyr, she would not have preserved their eyes from harm and injury.

In the Corigliano area, those engaged in the olive harvest would stop work at midday: the gabellotto would gather the employees and invite them to the table, which was laid with various foods and fruit. After eating and drinking, they would dance and sing; the lover would compare his beloved’s eyes and eyelashes to Lucia’s beautiful ones, singing that his beloved had borrowed his eyes from the saint but, when asked to return them, had denied them and kept them for himself to make the young man fall in love with her:

TORANO CASTLE (Cosenza)
In the nineteenth century, people used to make the missa pezzìennu di Santa Lucia, that is to say, they used to go around the houses, asking for alms in order to have a mass in honour of Lucia.
ACRI, BISIGNANO (Cosenza)
A rite of pagan origin was repeated: a dish made of spelt wheat called coccìa was eaten to propitiate the abundance of the harvest and was shared with neighbours and the poor.

Translated by Erika Gerardini, JUMP Team, from the Facebook Page of “Calabria meravigliosa“

Sleep well children, the Santa is coming tonight! You behaved well, didn't you? 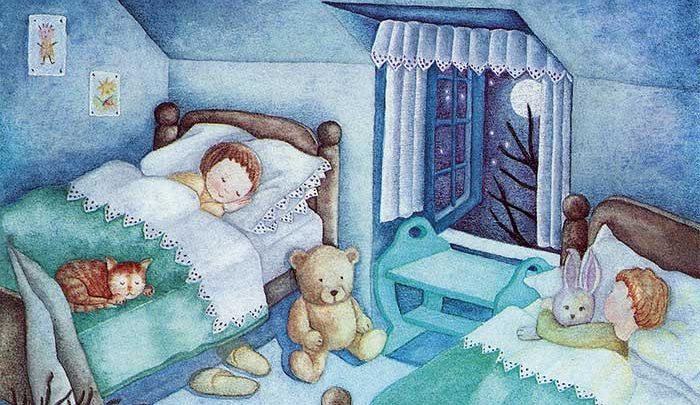 Next article December 8th: the official start of the holiday season in Italy