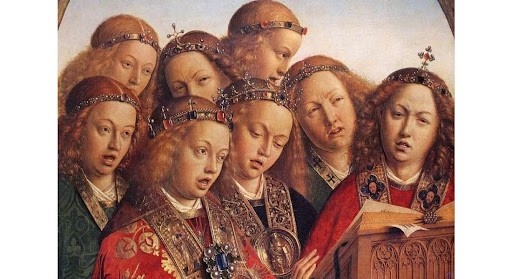 With the Anglican church originating in the wake of the English Reformation (the split from Rome famously orchestrated by Henry VIII), it is no surprise, then, that much like the religious divides that defined it, Anglican choral tradition has a turbulent history. Due to the motives of Henry VIII, being more political than theological, in England’s separation from Rome, the differences between Anglicanism and Catholicism are less pronounced than the differences implemented by many other Protestant denominations, specifically regarding acceptance of church tradition in its accompaniment to the Bible. The effect that this has on Anglican choral tradition, especially when compared to the more vigorous denunciations of Catholic expression present in mainland-Europe, is that of maintaining many Catholic musical and ritual practices during ceremony. Although church music of post-Reformation England was written and sung in (and translated into) the English vernacular, as opposed to the Latin of Catholicism, the compositional differences are relatively minute.

However, as many an historical observer may be aware, the religious situation in England was not to remain stable. From the perspective of choral tradition, the flip-flopping from Reformation ideas and back to Catholicism during Tudor reign had far less impact than the English Civil War and the resultant governance of Oliver Cromwell and his puritanical regime. Indeed, the Puritan movement dispensed with elements of ‘high-church’ like music and song, manifesting most boldly with the vandalism and consequent destruction of the majority of church organs across the country. During Puritan rule, Anglican traditions disappeared almost entirely, effectively emerging from the Restoration with a blank template from which to further develop its musical legacy. The widespread destruction of church organs left a marked impact on choral tradition in particular; roughly 150 years of organs’ continued ecclesiastical absence led to a significant dependence on choirs to provide music for all aspects of service.

As with much of English (and more generally British) culture, swathes of Anglican tradition were rebirthed by 19th century revival movements. It is from the efforts of the 19th century, for example, that we can attribute the reintroduction of plainchant iterations of psalmony (like the Gregorian chants with which a lot of people are familiar). It’s from the 19th century that college choirs, like the renowned King’s College Choir, originated, in fact.

Unfortunately, women did not become permitted, on a ubiquitous basis, to sing in Anglican choirs until the 1970s, in the case of college choirs, and as late as the 1990s, in cathedrals. In this, sexist, manner, as well as its complex association with English history, Anglican choral tradition is a reflection of English culture and society, carrying with it dimensions of religious division and civil violence, but most of all, the loving touch of a people unwilling to lose this indispensable part of their heritage.