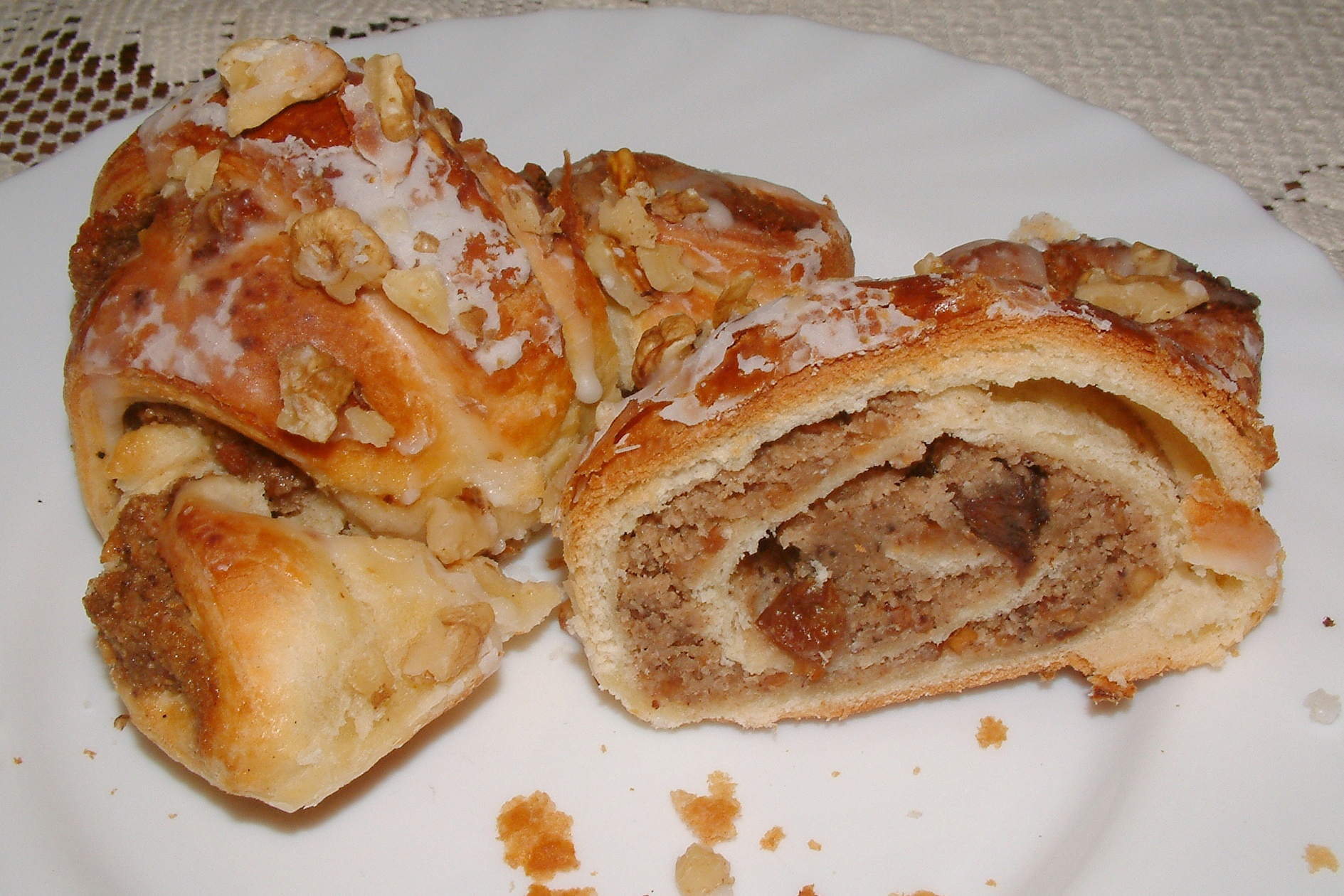 St. Martin’s Croissant, known as Rogal Świętomarciński, is a croissant with white poppy-seed filling traditionally prepared in Poznań and some parts of Greater Poland region on the occasion of St. Martin’s Day, which falls on November 11.

St. Martin’s Croissant is the most popular and inseparable delicacy during the feast of the patron saint of the main street of the city – St. Martin.

Statistics say that during the holiday of November 11 in Poznan, as many as two hundred and ninety tons of Martian croissants are eaten!

This tradition dates back to pagan times. When during the autumn holiday the gods were sacrificed from animals – from steers. Instead, on that day, a sacrifice was made from a cake rolled up in the will of the horns. The Church combined this custom with the figure of St. Martin. The shape of the dough was supposed to resemble a horseshoe, which was lost to the saint’s horse.

There is a popular legend that the tradition in its present form was born in November 1891. As St. Martin’s Day was approaching, the parish priest of St. Martin’s parish, Fr Jan Lewicki, appealed to the faithful to do something for the poor, following the example of the patron saint. The confectioner Józef Melzer, who was present at the mass and worked in a nearby confectionery, persuaded his boss to revive the old tradition. The wealthier Poznań residents bought a delicacy and the poor received it for free. The custom of baking in 1901 was taken over by the Association of Confectioners. After the First World War, Franciszek Rączyński returned to the tradition of giving gifts to the poor, and after the Second World War, Zygmunt Wasiński saved the croissant from oblivion.

St. Martin’s croissant is entered in the register of produced designations of origin and protected geographical indications in the European Union. This means that it can only be produced in Poznan and Greater Poland, according to a specific procedure and recipe.

The recipe is protected under EU law. This means that not just anyone can make a St. Martin’s croissant. You must use the exact recipe and have the legal rights to make and sell it. And just like how Gucci has its fakes, so does the St. Martin’s Croissant. Impostors that call themselves the Martin Croissant, or some version of the real name so beware!

The best source of knowledge about the famous Poznan delicacy is the Croissant Museum of Poznan, located in the Old Market Square.