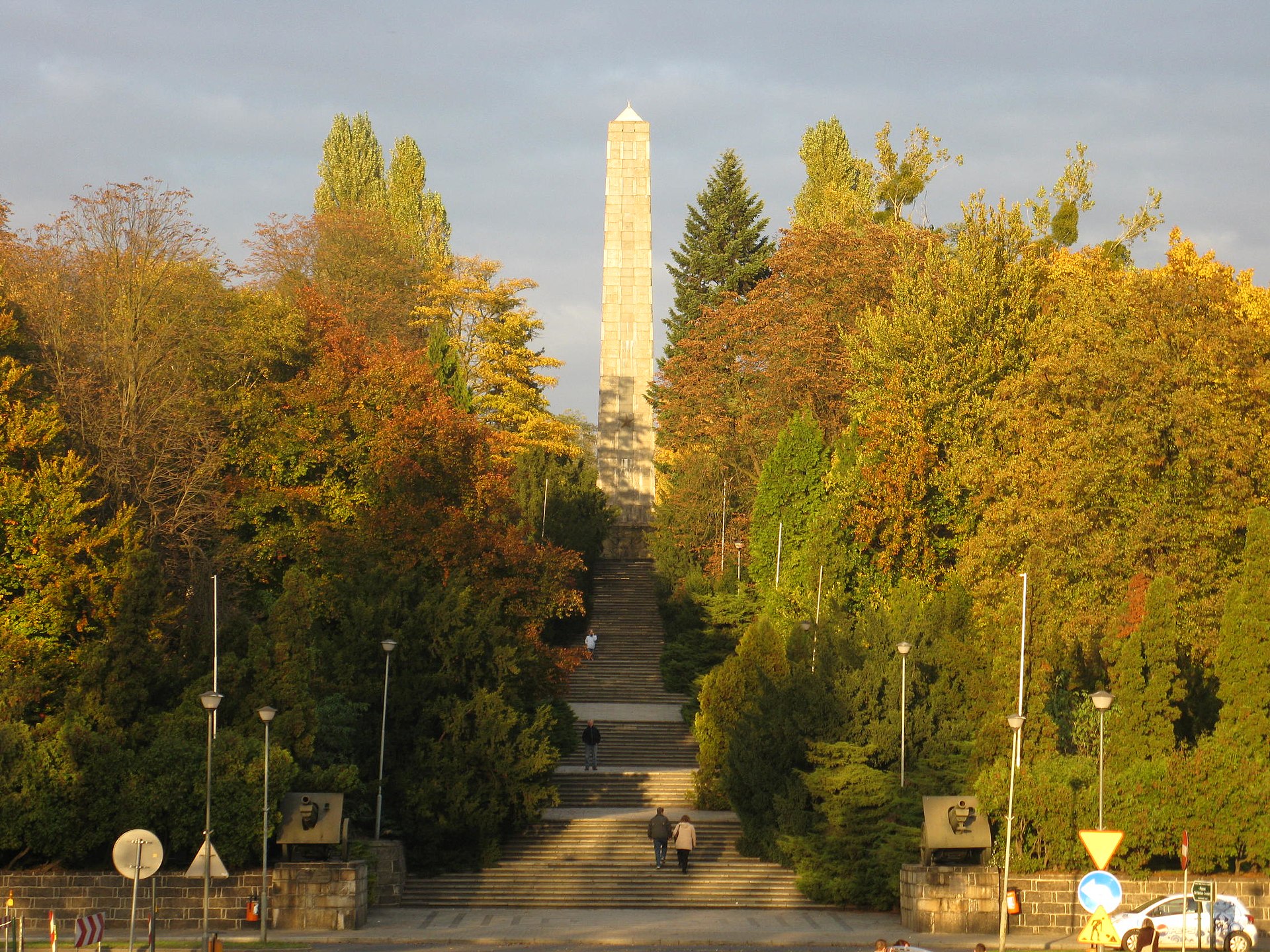 Cytadela Park in Poznań is the biggest park in the city. It was built in 1970 and has been considered a historical monument since 2008.

The park has a monumental appearance from the very beginning, owing it to massive stairs which end with the Monument of the Heroes. It’s 23 metres tall and 75 years old. It is not the only monument in there.

Cytadela is rich in historical landmarks, for example the amphitheatre which was built by the young as a public service in 1968. It is not in a good state right now, but there are a lot of plans for its revitalization. Another landmark is the Bell of Peace which was the third bell of that kind in the whole world. It’s decorated with ornaments and pictures of pigeons which symbolise peace.

Other things worth mentioning are the museums which are placed in Cytadela, the museum of weapons and the museum of the army. On Friday you can visit them for free. There are a few special occasions, like the Day of the Polish Army, when you can see the inside of a tank and a cannon. You can also see forts which were used during the first world war.

Near the museum of weapons, there is a popular installation by Magdalena Abakanowicz, entitled Nierozpoznani (Unrecognized). It consists of 112 anthropomorphic figures which symbolise the “phenomenon of life and the dramatic presence of the humanity in the political and technical space of nowadays’ world”.

Cytadela Park is also full of attractions for nature lovers. The most breathtaking example is the Rose Garden, which, as the name suggests, is full of geometrically arranged, beautiful roses. Besides that, you can find a lot of amazing, over a hundred years old trees and vascular plants. The park has a great role in the botany of the city.

You can also meet 16 species of protected species of animals, including weasels, common shrews and badgers. Cytadela is also a very important place of wintering for bats. There are also 50 species of birds and over 500 species of bugs.